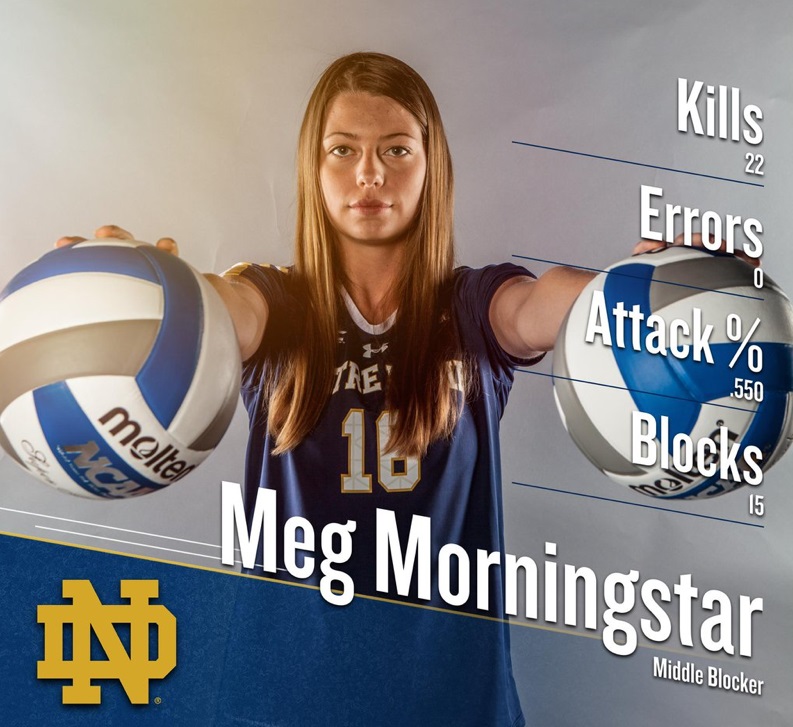 Former North Allegheny standout Meg Morningstar is making a splash in her first year of women’s volleyball at the University of Notre Dame. Morningstar was recognized this week by the Atlantic Coast Conference as a member of the league’s all-freshman team.

Morningstar has hit at least .300 in exactly half of the matches (8/16) that she has received 10+ attack attempts and has 59 kills and just eight attack errors over her last 148 swings, good for a .345 attack percentage.

However, her finest performance came on the defensive end against Temple, where she sent back 11 blocks to place herself among the elites in recent Irish volleyball history. The total was the most by a Notre Dame player since 2013 and was tied for the eighth most by an Irish student-athlete in the rally-scoring era (2001-present).