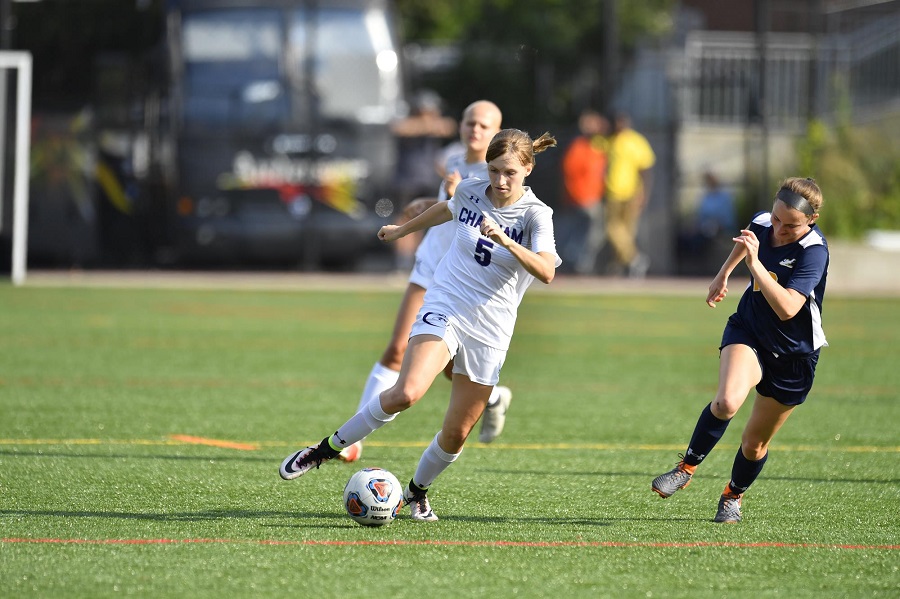 Former North Allegheny soccer standout, Morgan Anderson, has been named the Player of the Year in the Presidents’ Athletic Conference. The junior midfielder also earned First-Team All-PAC laurels and is the first Chatham University player to be selected as Player of the Year.

Anderson led Chatham to a PAC Championship and a 7-1-1 record this spring. The Cougars defeated top-seeded Grove City in the championship game, 3-1, for their first-ever PAC title.

Anderson started all 11 matches for the Cougars this season and ranked third in the league with 19 points. Her eight goals were tied for the most in the league. Anderson opened the season with a career-high seven points (3G, 1A) in a 4-0 victory at Saint Vincent College on March 13.

A four-year varsity player at North Allegheny, Anderson helped the Lady Tigers to a 14-8-1 record and an appearance in the WPIAL semifinals and the PIAA quarterfinals during her senior season in 2017. Anderson finished third on the team in scoring as a senior, posting seven goals on the campaign.  She was selected as a Big 56 Conference and WPIAL all-section pick her junior and senior seasons.