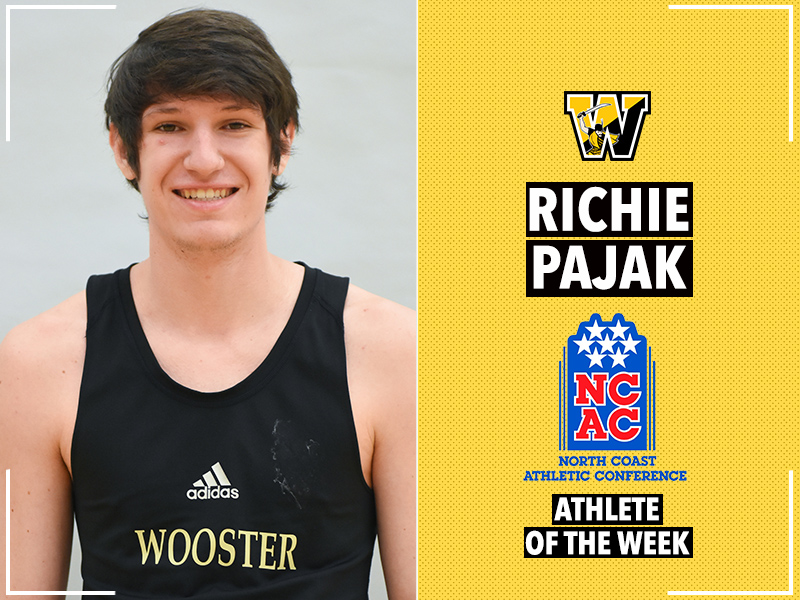 Richie Pajak, a junior at The College of Wooster and former North Allegheny track and field athlete, earned the North Coast Athletic Conference’s Athlete of the Week award for men’s field events, as announced by the league office on Monday afternoon.

Pajak was backed by a pair of first-place finishes during Friday’s season lid-lifter. He cleared 6 feet to win the high jump in Friday’s dual meet against Wittenberg University, and he’s currently ranked second within the NCAC in the event. Of note, Pajak’s high jump was just two inches off his collegiate best mark, which came at the 2019 NCAC Indoor Track & Field Championships.

The computer science major, who was unopposed in the triple jump, measured out at 37 feet, 11.5 inches.