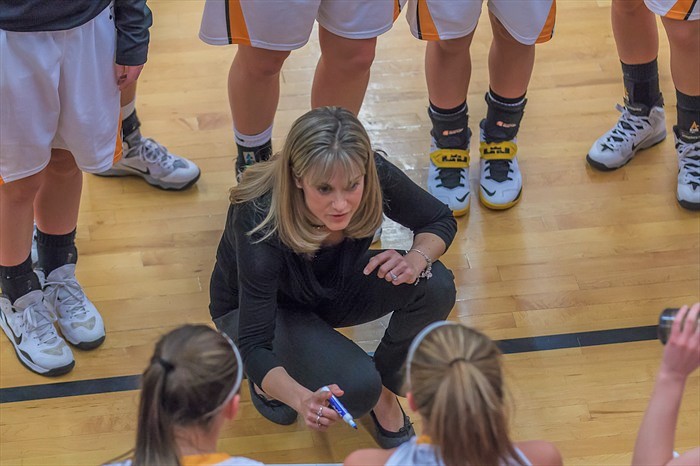 Sherri Hannan McConnell will be inducted into the Pittsburgh Basketball Club Women’s Hall of Fame on Saturday, November 5th at the Rockefeller’s Grille in Kennedy Township. Tickets or advertisements may be reserved by contacting John Giammarco at jgiammarco@verizon.net. 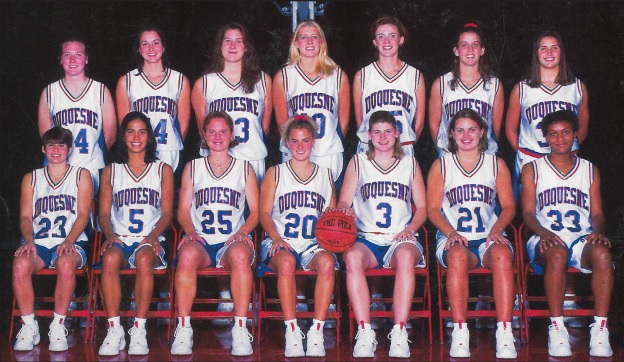 As a sophomore at Duquesne, Sherri Hannan McConnell (#20) holds the basketball in the 1996-1997 team photo. (Photo courtesy of Duqeusne Athletics.)

Sherri was a standout three-sport athlete and letter winner in volleyball, basketball and softball at North Allegheny. Sherri was an outstanding point guard scoring over 1,000 points for the Tigers. Sherri was named NA’s Female Athlete of the Year for her senior class in 1994. She was also named MVP for basketball and softball. Sherri was a first team all-state selection in basketball and continued her academic and athletic career at Duquesne University. At Duquesne, she started all four years from 1995-1999 and led the Dukes in assists, steals and foul shooting percentage. Sherri still ranks ninth all-time in steals (205) and 10th all-time in assists (392) at Duquesne. Sherri was named GTE Academic All-American.

Sherri later became head coach of the North Allegheny girls’ basketball team for eight seasons from 2007-2015 with a career record of 149-44 and led the Tigers to eight playoff appearances and three section titles, including the program’s first appearance in the PIAA final four in 2014.

For more information on the Pittsburgh Basketball Club Women’s Hall of Fame and the Induction Class of 2022, click here.