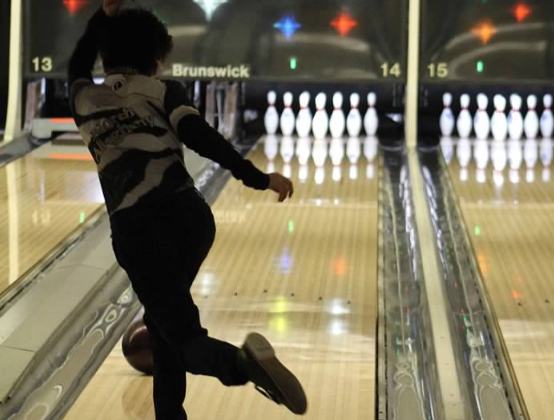 Tigers Tripped Up By Tornado

It’s surprising with the huge Tornado outbreak at Perry Park Lanes on Wednesday that the Weather Channel wasn’t live on scene delivering the forecast.  The Butler Golden Tornadoes blew into McCandless and the Tigers took refuge in the basement bowling alley, but the tornado activity was too much to survive unscathed.  Butler is the #1 Team in the WPIBL and the state, for that matter.

NA and Butler have jockeyed over the past few years for control of the WPIBL North Section title.  For the past two years, the only losses Butler suffered were to the Tigers.  Last year, NA split the match wins with Butler (1-1) and the Tigers were crowned section champs finishing the head-to-head competition with more match points.

This year, the Golden Tornado roster is comprised of a full contingent of senior bowlers.  This vortex of experience quickly formed a storm in the opening game and only strengthened as the match went on.

Butler is led by senor Eric Devore, who is the #1 bowler out of 406 varsity bowlers.  Devore again dominated the field starting game 1 with a 242.  All 5 of the Butler bowlers exceeded the 200-pin threshold, throwing a team game of 1112.   For North Allegheny, serving as the lead-off bowler, junior Cole Scott threw the first combo of strikes for the Tigers. Junior Connor Peoples quickly add a combination of his own.  But it was senior Will Graham’s 5-bagger that headed the Tiger attack.  Peoples and Graham each also add turkeys at the end of the game to lead the Tigers with scores of 218 and 241, respectively.  The Tigers combined for a total of 943 pins but were outgunned by Butler losing by 169 pins.

Game 2 went much the same way as the first as the Tornadoes continued to work in tandem throwing an impressive team game of 1082.  Leading all bowlers was Butler’s Devore with a 235.  The Tigers were in hot pursuit but unable to string together a large number of strikes to battle back.  On top of the Tiger leaderboard for game 2, with two doubles and a hambone (4 strikes in a row), Peoples ended with a 228.  Senior Josh Morton added a hambone of his own and finished game 2 with a 192.  Not to be surpassed, Scott edged Morton by 1 pin knocking over 193 pins with 6 strikes for the game.  The Tigers were able to amass a total of 895 pins for Game 2.

Leading the Tigers in Game 3 was Scott with a 212 and Peoples with a 203.  Joining the mix in Game 3 was senior south-paw Natee Lewis.  In his first varsity start, Lewis was able to start with a double combo and finish with a 187.  The Tigers put a little scare into the Tornadoes during Game 3 staying close to the powerhouse, but falling just a little short, losing Game 3, 929-999.

For the match, Peoples ended the day with a 649 Series and Graham a 602.  The Tigers knocked over 2767 pins in the match compared to Butler’s 3193.  Losing all 7 match points, puts the pressure on the Tigers to come out strong in their next match with Shaler.  The Titans bested the Tigers in their previous meeting.