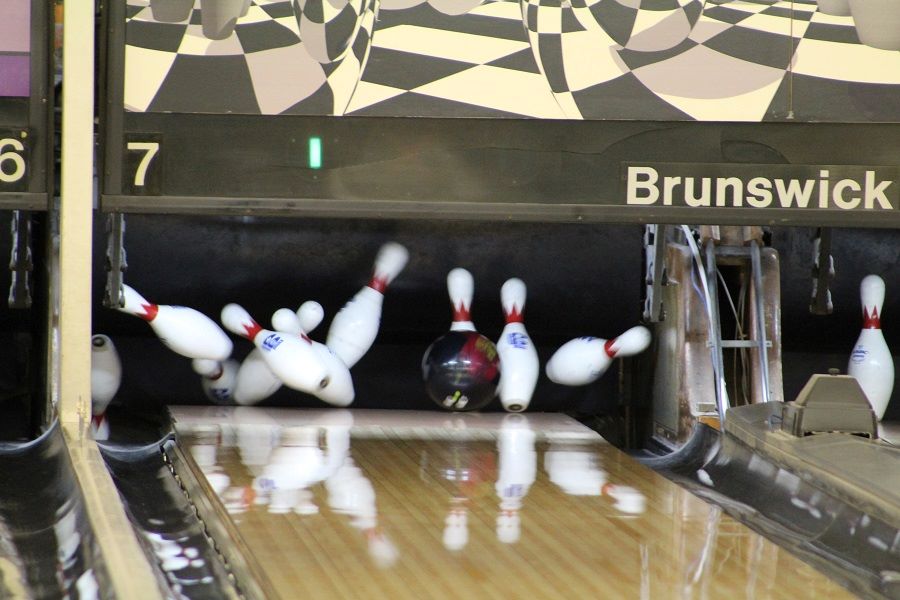 The WPIBL season started Wednesday as the NA Tigers traveled to Perry Park Lanes to take on the host team, the Shaler Area Titans.  The strong contingent of Titans started Game 1 strong and never looked back.

The Tigers, returning only one starter from last year’s lineup, were slow to get their footing.  Junior Cole Scott drew upon his varsity experience and had the first turkey of the season for the Tigers. The young streak of Tigers quickly banded together, and as a team, mounted a counterassault.  Senior Will Graham, junior Connor Peoples. and sophomore Kai Duffy each quickly added a turkey of their own.  It was a fight until the bitter end.  Senior Josh Morton added a turkey in the final frames, Peoples added another, and Graham contributed a hambone of four strikes.  Leading the Tigers was Scott (216), Graham (210), Duffy (205), and Peoples (203).  At the end of game 1, the Tigers knocked over 1002 pins which is usually enough for a victory, but the Shaler Area Titans bested the Tigers with 1045.  The 43-pin differential was due primarily to the skilled hand of Shaler’s Braden Scott and his 266.  This would be the highest scoring game of the match.

The tough competition didn’t get any easier during Game 2.  The Titans confidence was high after winning the first game and continued throughout the second.  Bowling is one of the few sports where there is no defense to trap or slow down the momentum of an opposing team’s surge.  The Titans threw another 1000+ pin game with 1016.  The Tigers were anchored by Peoples and his 233 led North Allegheny in Game 2.  The Tigers were upended again losing 1016-943.

Having lost the first two games did not deter the Tigers.  Thirsty for a win, the young Tigers, sharpened their claws, worked and battled throughout Game 3.  Contributing in Game 3 was junior Nate Redondo with a hambone in frames 5,6, 7, and 8.  Redondo finished with a 211.  Peoples put on bowling clinic throwing 8 strikes in game 3 starting with a 5-bagger through the first five frames and a turkey in the 8th, 9th, and 10th frames.  His 244 catapulted the Tigers over the Titans 975-851.  Peoples stood at the top of the leaderboard with a 680 series.

When the smoke cleared and final pin count was tallied, The Tigers stole the advantage 2928 to 2912.

A match is worth 7 points.  Each winning game earns a team 2 points with the total pins for the match earning an additional point.  Winning the first two games, the Titans earned 4 points with the Tigers obtaining 3 for winning Game 3 and total pins.  The Tigers lost the first match of the season by the narrowest of margins 4-3.

Like the boy’s team, the North Allegheny girls also succumbed to the onslaught by Shaler, failing to earn any match points.  Down a few athletes The Lady Tiger’s team of four bowlers was no match for the full contingent of Lady Titans.  The Tigers were led by senior Katrina Price’s 437 three game series and high game of 151.  Returning senior Ella Cullen joined in the battle knocking down 336 pins for the cause.

The Tigers will get a rematch with the Titans at the beginning of January.