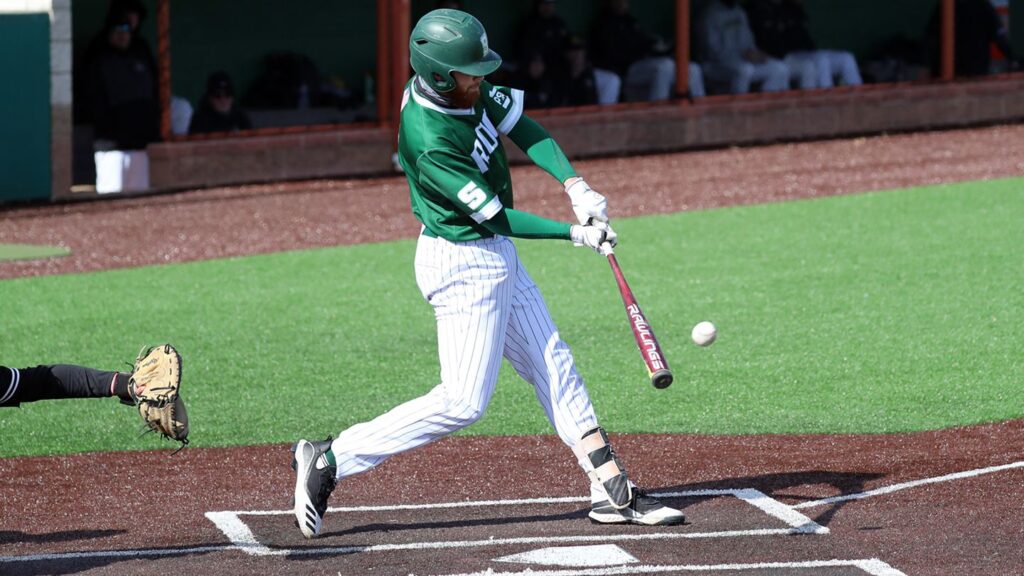 Cain earned the first PSAC West Athlete of the Week honor of his career by helping The Rock take two of three games from West Virginia State University in what was the first games of the 2021 season for SRU.

After being forced to miss the 2020 season due to injury, Cain, a former All-PSAC West selection, made his return to collegiate competition last week following a 670 day break between games.

In two games against the Yellow Jackets, Cain hit .571 (4-for-7) with four runs scored, one home run and four RBI while slugging 1.429 and posting a .625 on-base percentage. All four of Cain’s hits were of the extra base variety as he belted three doubles in addition to his home run.

After sitting out The Rock’s first game of the season, Cain came on in game two to hit two doubles while scoring two runs in an 8-5 win. He closed out the week by going 2-for-3 with two runs, four RBI and one home run during Slippery Rock’s 12-4 victory against West Virginia State.