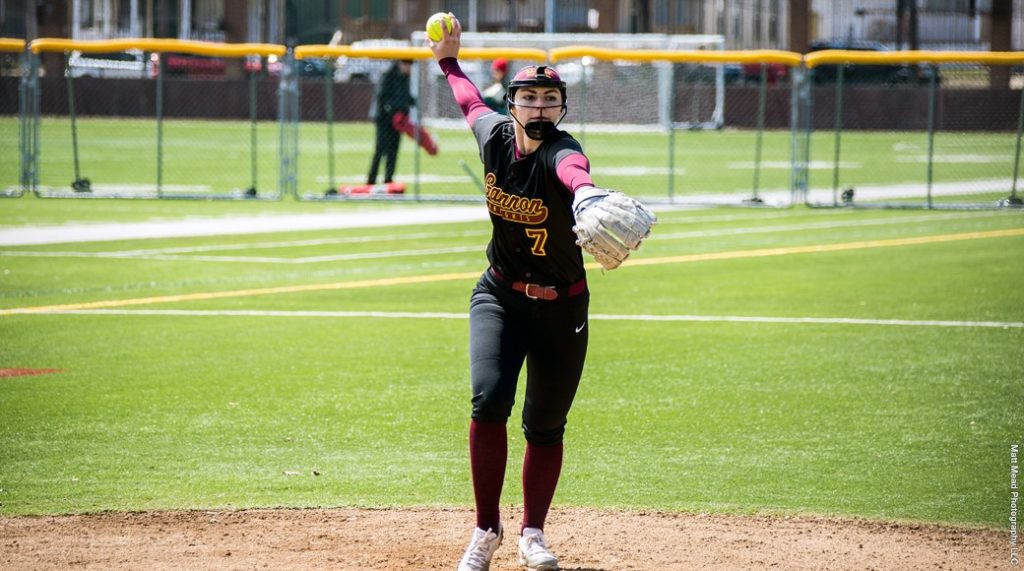 Former North Allegheny softball standout Madi Beining went 2-0 in the circle last week for Gannon University. She tossed her fifth shutout of the season with a three-hit complete game in the 7-0 win against California University of PA., striking out a season-high five batters.

Beining pitched her 10th win of the season in the 7-2 victory against Seton Hill University. She struck out four and scattered four hits. Beining has not walked a batter in seven of her last eight appearances.

As a senior at North Allegheny in 2016, Beining led the Lady Tigers to a 19-4 record, including a section co-championship and berths in the WPIAL semifinals and the PIAA qualifying round. As a pitcher she factored into each decision and fashioned a 0.97 ERA with 141 strikeouts. Beining was also named the North Allegheny co-female Athlete of the Year in 2016.