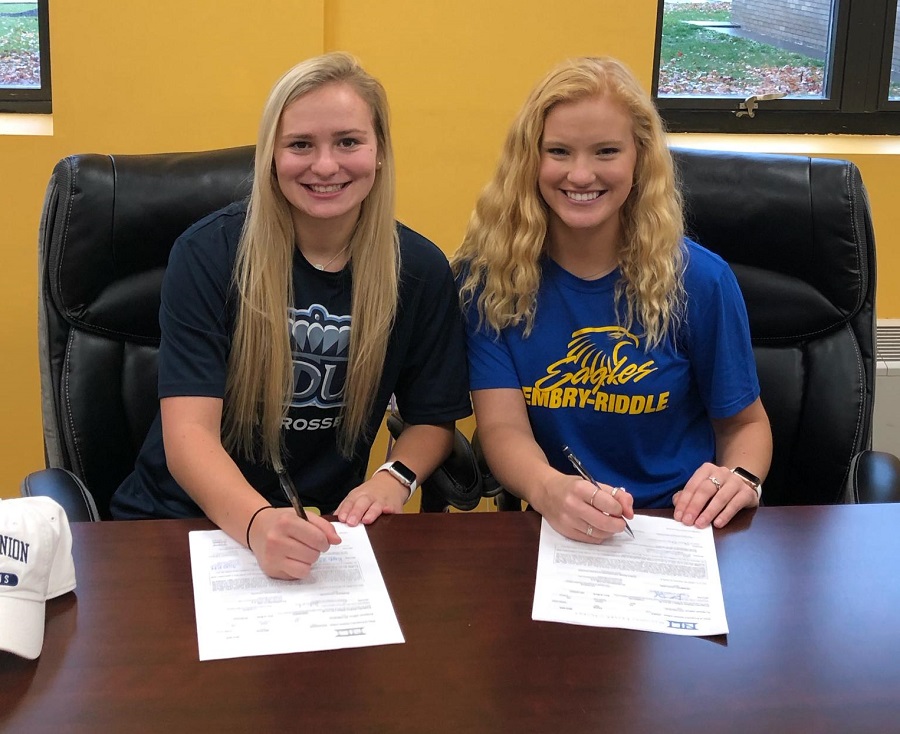 Two members of the North Allegheny girls’ lacrosse team have signed their letters of intent to play collegiate lacrosse. Senior Brooke Ferringer inked her commitment to Division I Old Dominion University in Virginia and senior Paige Jones signed on to play at Division II Embry Riddle Aeronautical University in Florida. Both players were named to the WPIAL Section 3-AAA all-section team last season.

Ferringer led the Tigers in scoring with 58 goals in 2017 and was one of the top scorers in the section, averaging 3.5 goals per game. She also won over 55-percent of her draw attempts and caused 12 turnovers on defense, third-best on the team.

Jones delivered one of the best all-around seasons in NA history with 18 goals, a team-leading 13 assists, 92 groundballs and caused a team-best 26 turnovers on defense. Jones has been a three-year starter for North Allegheny.