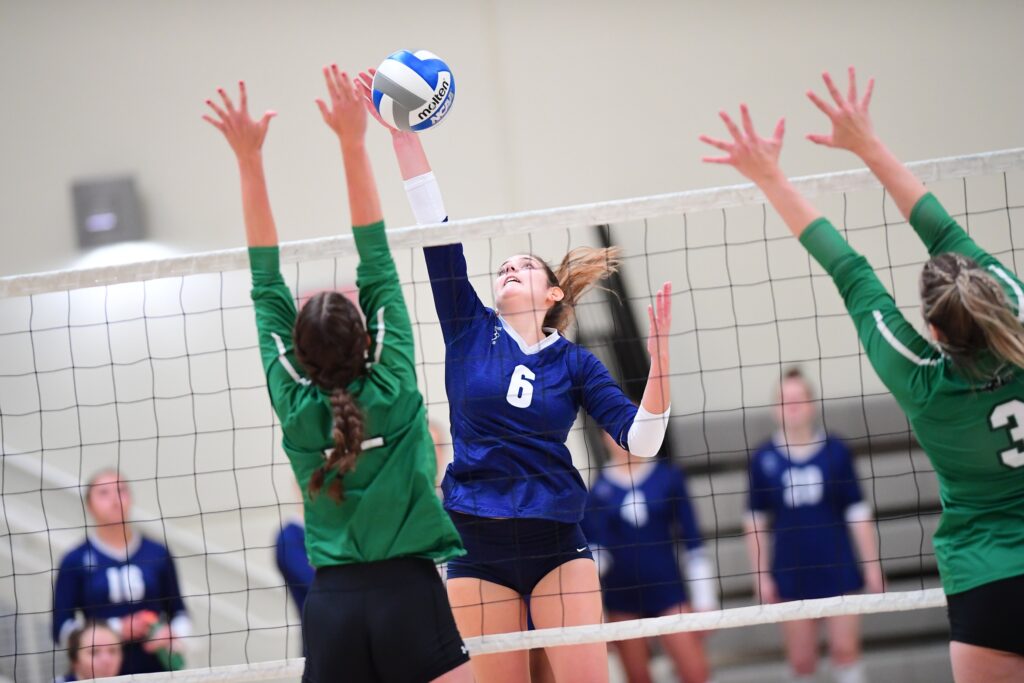 Former North Allegheny volleyball player and junior at Penn State Behrend, Hannah Phillips, was named Co-Player of the Year of the Allegheny Mountain Collegiate Conference on Wednesday. Phillips was also named to the first team All-AMCC and made her second appearance on the all-conference team.

Phillips has played in six rotations as both the outside and right-side hitter this season. She ranks first in the AMCC in kills/set (3.51), total kills (333), and points/set (4.0). Phillips also ranks sixth in attack percentage (.235). She is second on the team in digs (267) and in service aces (26). Phillips has 12 double-doubles this season, knocking down a season-best 22 kills against Grove City and a season-high 22 digs vs. Geneva.

At North Allegheny, Phillips played an important role in North Allegheny’s PIAA title wins in 2018 and 2019. As a senior in 2019, Phillips earned All-WPIAL honorable mention laurels and First Team All-Section recognition from the Big 56 Conference.