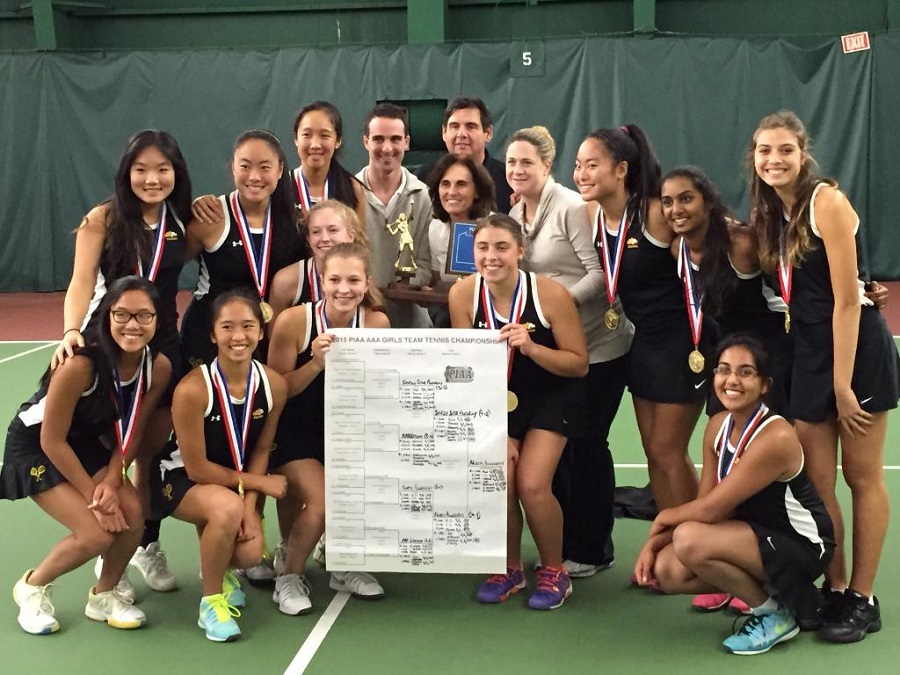 The Tigers’ path to the state title in Hershey was somewhat similar to their trek toward a WPIAL title, again beating Mt. Lebanon in the semifinals and Shady Side in the championship. Tina Li and Ashley Huang collected wins in singles play against the Indians. Eugenia Lee and Tristyn Maalouf were victorious in their match at No. 1 doubles, and Jenna and Elena Kolano triumphed at No. 2 doubles.

In the semifinal match with Mt. Lebanon earlier in the day, the Tigers earned a 4-1 with singles victories by Anna Li, Tina Li and Ashley Huang. The doubles pair of Eugenie Lee and Tristyn Maalouf also picked up a win.

North Allegheny finishes the season with a 22-1 overall record, with their only loss coming in the second match of the year to Shady Side Academy. The Lady Tigers have posted an astonishing record of 70-1 during their three-year reign as WPIAL and PIAA champions.  Congratulations to coach Michelle Weniger and the North Allegheny girls’ tennis team.