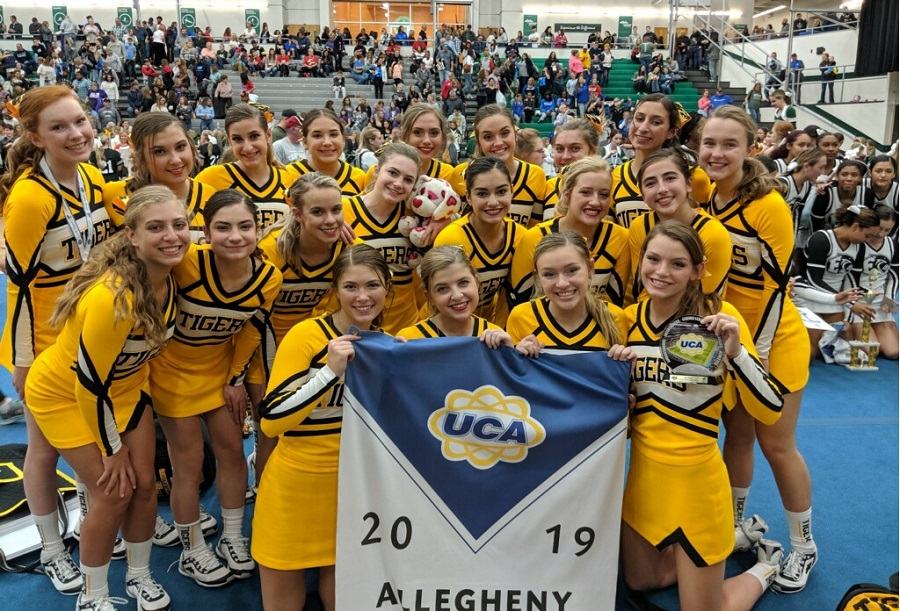 The North Allegheny competitive cheerleading team had another successful day on Sunday. The Tigers competed at the UCA Allegheny Regional which was held at Slippery Rock University.  The team placed third in the Large Varsity Competition division.

In addition, the NA cheerleaders placed first in the Large Varsity Game Day division and received a bid to perform in that category, as well as the competitive division, when they travel to Disney in Orlando, Florida in February.