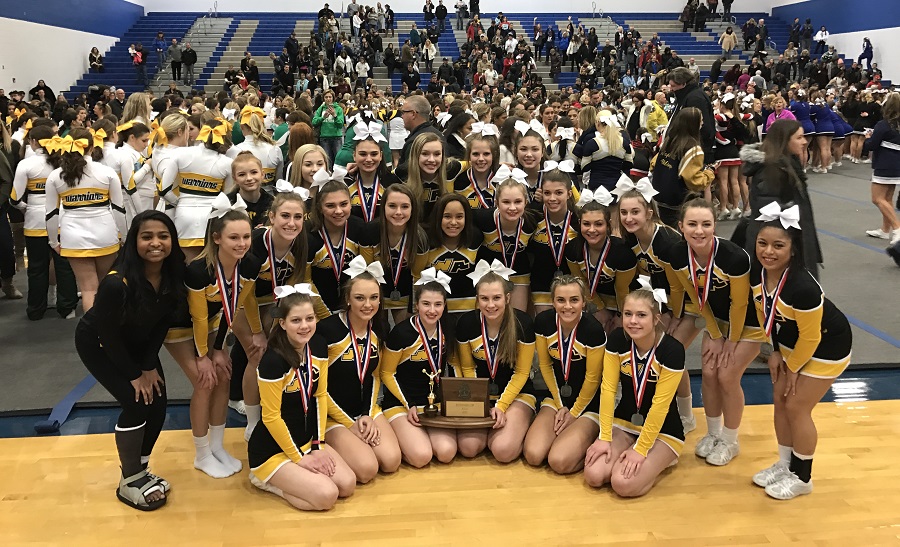 The North Allegheny Varsity competitive cheerleaders traveled to Hempfield Area High School for the 2017 Competitive Spirit Championships this weekend. The competition was filled with the 30 best competitive cheerleading teams throughout the WPIAL. This year, our NA cheerleaders were competing in both the Medium Varsity division with 16 other teams and the AAA category with 21 other teams. These are the same divisions that they won their 2016 Championship title.

In an effort to make a run at the WPIAL and PIAA title, the Varsity competition team has significantly increased their difficulty.  As the team took the floor on Saturday, they were greeted with the support of the NA fans and other teams from around the area. The NA squad had a difficult routine with a dynamic and energetic performance.  Although the team did not execute to their own high expectations, the team remained as the highest score for much of the remainder of the competition. However, the team was ultimately out-scored by a perennial powerhouse team, Shaler Area.

As the overall awards were announced, the NA cheerleaders were named as the Runner-up for the Medium Varsity division and also took home the Silver Medal in the elusive AAA title.  Additionally, the team has qualified to compete at the PIAA Competitive Spirit Championships on January 20-21 in Hershey, PA.  The PIAA event will have even greater stakes with teams from around the state, and the NA team is ready for the challenge of competing for a State title.