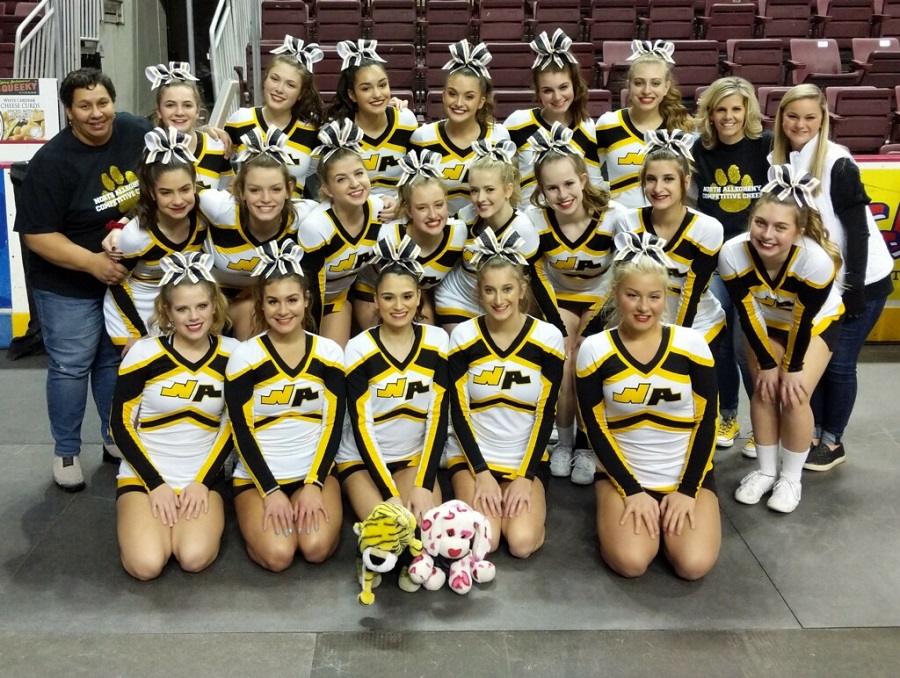 Congratulations to the North Allegheny Varsity Competitive Cheerleading Squad on placing fourth in the PIAA Spirit Competitive Championship this past weekend in Hershey. The NA squad received its bid for the State Competition at the WPIAL Competition which was held Jan. 5 at Hempfield high school. The top 25-percent moved on from WPIAL finals to Hershey. The girls had a strong performance on the first day and advanced directly to the state finals on Saturday.  At finals, they had another great performance which earned them the fourth spot out of 37 teams. The NA cheerleaders will be heading to Disney to compete in Nationals on February 8.