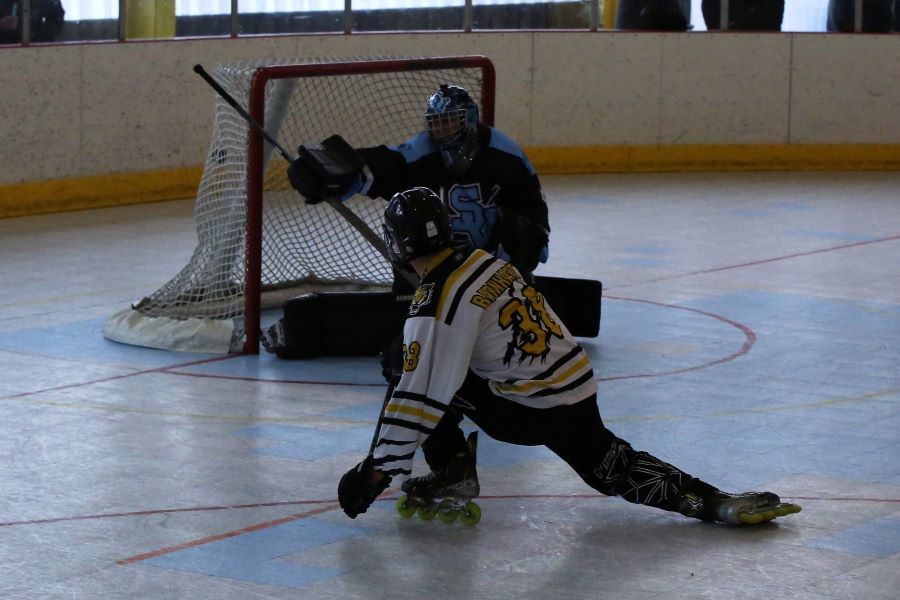 In a contest riddled with penalties, the North Allegheny inline team held on for an 11th consecutive win of the season with a 4-1 victory over the Seneca Valley Raiders at the RMU Island Sports Center.

Senior Brett Baker opened the scoring in the first period assisted by senior Evan Barnhart.  The Raiders responded with a goal of their own to close out the period tied at 1-1.

With both teams continuing to stand their ground defensively, neither team posted a goal in the second stanza as the score remained deadlocked, 1-1.

The Tigers opened up the scoring in the third period with goals by senior Kyle Tomino, assisted by Baker; and Barnhart with a goal of his own, assisted by Tomino.  Sealing the win was Barnhart with the empty net goal closing out the game by a score of 4-1, Tigers.

Junior goalie Mitchell Ludwick earned the win as the Tigers resume play next Sunday at 3:00 against Canon-McMillian at the RMU Island Sports Center.