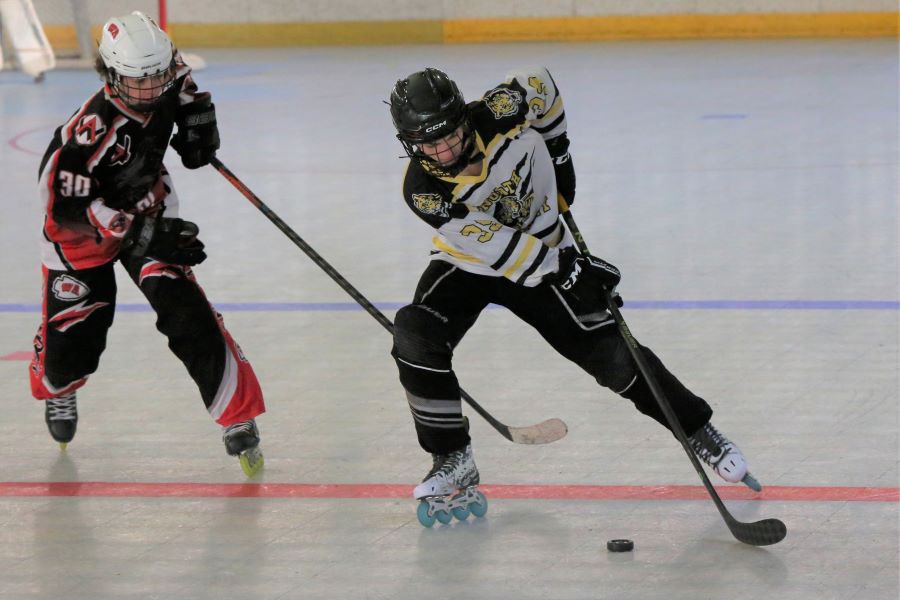 On a cold morning at the RMU Island Sports Center, the North Allegheny Tigers came out hot defeating the West Allegheny Indians by a score of 9-1.

The first period saw four different players finding the score sheet. Senior Evan Barnhart started off the scoring early with an unassisted goal less than a minute into the period. Senior Joel Blaha, junior Declan Dadey and Barnhart continued the frenzy with one goal apiece. Senior Kyle Tomino added to the scoresheet with a shorthanded goal, assisted from Dadey, closing out a strong first period with a score of 5-0.

The Indians battled back in the third notching a powerplay goal, but the Tigers finished strong with a powerplay goal of their own from Tomino, earning a hat trick as well, assisted by Blaha. The final goal of the game came from Baker to invoke the mercy rule.

The Tigers win by a score of 9-1. Freshman goalie Claudia Kushon earns her first varsity win as the Tigers improve to 10-0 on the season. They resume play next Sunday against Seneca Valley at 10 AM at the RMU Island Sports Center.