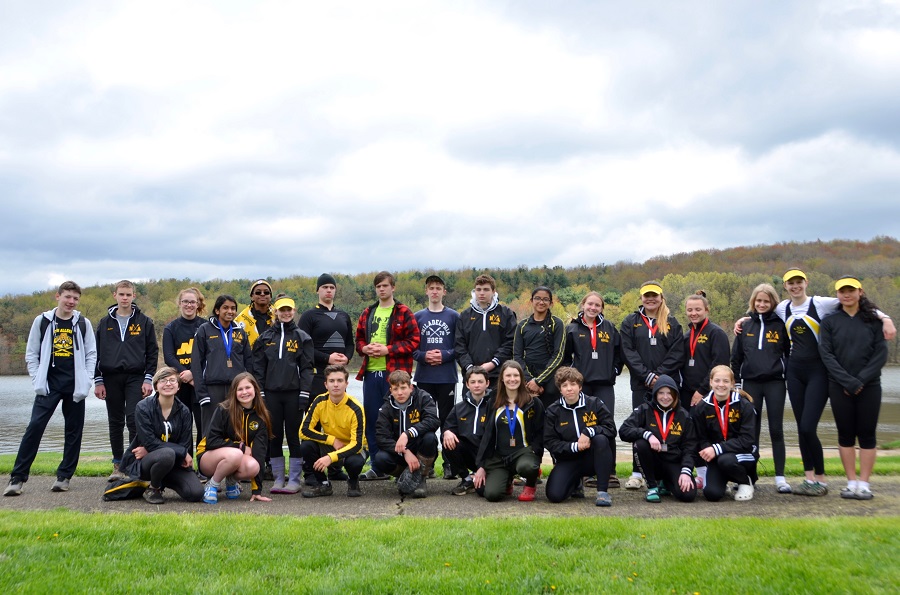 On April 28, 2019, the NA Rowing team participated in the Pittsburgh Scholastic Sprints at Moraine State Park with nine other Pittsburgh area school teams. Although the day was cut short by the officials due to weather concerns, several NA Athletes received medals.