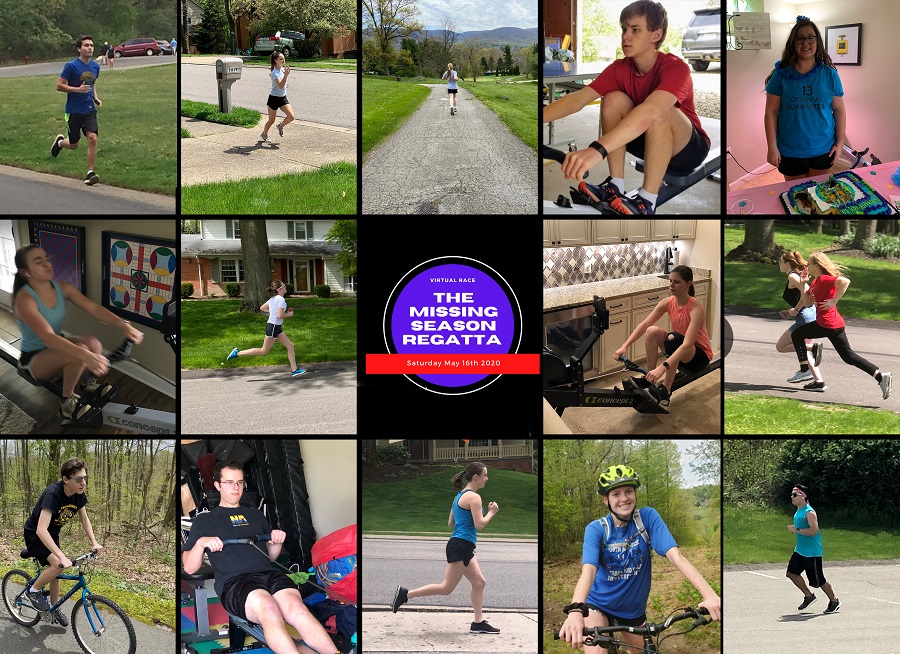 (Virtual Race 3, The Missing Season Regatta ran on Saturday May 16) The Tigers entered 14 events in a field of competition that had expanded from the first two virtual races to include teams from across the Midwest Scholastic region including North Catholic, Oakland Catholic, Upper Saint Claire, Fox Chapel, Loyola, Perrysburg, Montgomery Bell, and Notre Dame.

This event wraps up the Tigers season for 2020. It was certainly a different one and the team hopes to be able to race in the water again soon.

In the absence of a traditional racing season, NA Rowing and other PGH rowing programs have arranged a Virtual Racing Series. Coaches register their athletes in line ups & events similar to what they might have raced in this season. As not all athletes have access to a rowing machine (erg) at home, there are three options for competing: athletes can erg 2000 meters, run 1 mile or bike 3 miles. (Middle school athletes complete ½ distances). On race day, athletes submit their results via a google form for each race that they are entered in. The line-up’s average time is calculated by race officials resulting in the boats final time, which is compared to their competition.