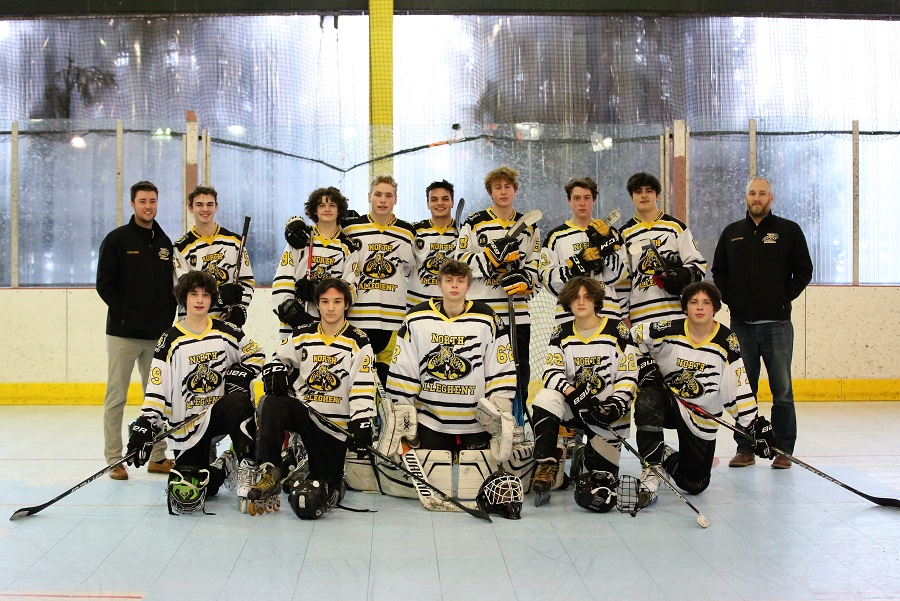 The North Allegheny Tigers’ bid for the PIRHL championship came to an end today with a 4-1 defeat to the Pine Richland Rams in game two of the championship series at the RMU Sports Center.

In a penalty-ridden game, it was the Rams controlling period one, striking twice while holding the Tigers scoreless.

The second period looked promising with a goal by sophomore Jacob Rice, assisted by junior Evan Barnhart, but the Rams answered with two additional goals of their own to close out the period 4-1 with the Rams on top.

The third period saw aggressive play by both teams with neither side finding the back of the net.

North Allegheny ends the year with a 17-3 record, placing second in the PIRHL. Congratulations to the players and coaches on a memorable season.