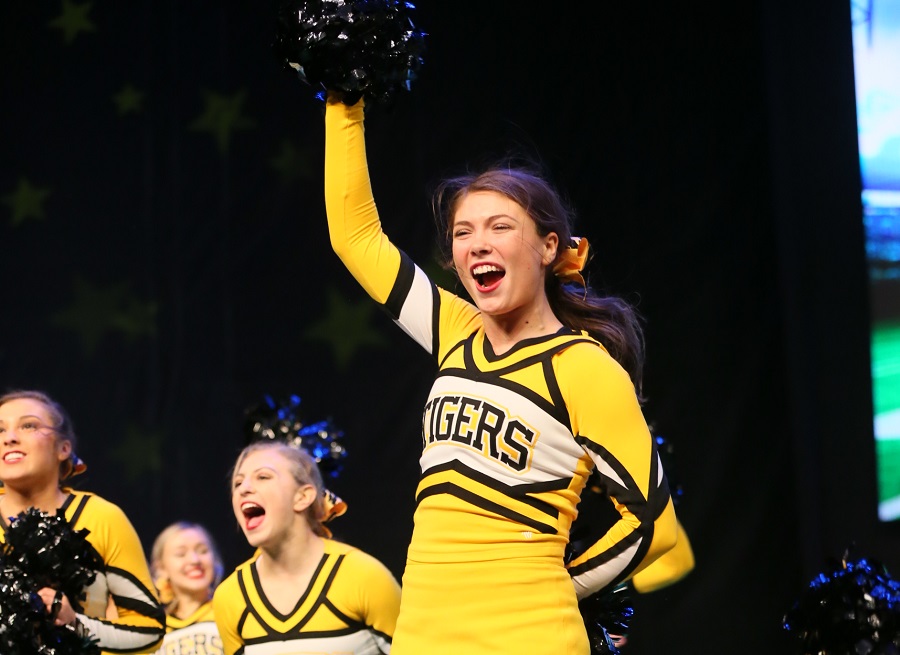 If you’ve ever attended a North Allegheny football game, then you’ve likely seen the North Allegheny cheerleaders supporting and rooting on the Tigers toward victory. While the NA cheerleaders exude maximum effort from the sidelines on Friday nights in the fall, the intensity level increases exponentially at competitive cheer competitions.

“When we’re headed in for a game, our main focus is to be a good representative of North Allegheny, put on a smile, cheer on everyone and get the crowd involved,” said senior cheer captain Gabbie Klinkner.  “When it comes to competition, its completely different. You’re focused on executing the hardest skills, being the loudest in the cheer and making sure your tumbling is absolutely perfect.”

Similar to many of the athletic programs at North Allegheny, the standard for success is high for the NA Cheerleaders and Varsity Competitive Cheer Team.

Exemplary of the Tigers success in cheer is Klinkner, a four-year member of the varsity game and competition roster. During her tenure, the NA Varsity Competitive Cheer Team has been a PIAA finalist in all four years and a four-year qualifier for nationals.

Coming from an athletic family, her father, John, played football at North Catholic and Towson University, and her mother, Kathy, was a majorette at Upper St. Clair. Klinkner first picked up the pom poms when she was five-years old. Continuing her dedication through middle school, she tried out and made the NA varsity roster as a freshman, something not easily attained. 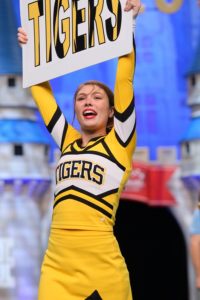 As a freshman, Klinkner was an important part of a North Allegheny team that finished second at the 2017 WPIAL championships, fourth place at the PIAA finals and qualified for the UCA Cheerleading Championship. In Orlando, Florida, the Tigers became national finalists in the Super Large Game Day division for the first time in program history. NA placed 10th in the division.

“It meant a lot to the team to represent ourselves so prominently at the national championship where hundreds of teams compete from across the country. It was a huge moment for us.

“To finally have all those hours of practice and commitment pay off in my first year was something crazy. I think it’s why I’m so attached and love this program so much.”

On every sports team, every athlete has a position on the field, court or formation. For Klinkner, she anchors the Main Base Position for the cheer squad.

“I’m the person underneath the stunt, making the movements happen,” Klinkner explained. “I spin and toss the girl that’s on top and I’ll hold her feet. I support her.”

With the assistance of Klinkner, the NA cheer program has maintained a high level of excellence over the past four years. In 2019, the Tigers placed fourth in the PIAA finals. This season, during Klinkner’s senior year, North Allegheny placed eighth in the Super Large Game Day division at the UCA Cheerleading Championship. It was the highest finish in that division in program history. 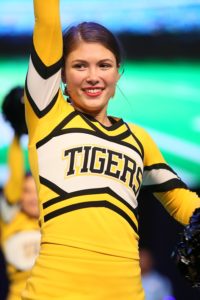 Klinkner has several notable individual achievements as well. She was the only senior to qualify as an All-American cheerleader at the UCA Pine Forest Camp in August. Additionally, Klinkner was one of a select few chosen to appear in the 2020 UCA promo video. (Video below).

The senior with All-American credentials will take her talents to the University of Florida next year. The cheerleading tryouts at UF this spring were postponed due to COVID-19 but Klinkner is hopeful to join the cheer squad when in Gainesville.

“I tried out for multiple college teams, including the University of Michigan. I made that team (at Michigan) but I ultimately decided on Florida for its great academics. They have such a good football and basketball program there that I would be cheering for as well.”

While Klinkner’s journey will take her next to the University of Florida, her memories of cheering at games and competitively for North Allegheny will always be heartfelt.

“I’m so immensely proud to be a part of North Allegheny…It’s amazing to go to a school that accepts and promotes cheerleaders and to be able to represent such an amazing school with such great athletics as our football and basketball teams have.”