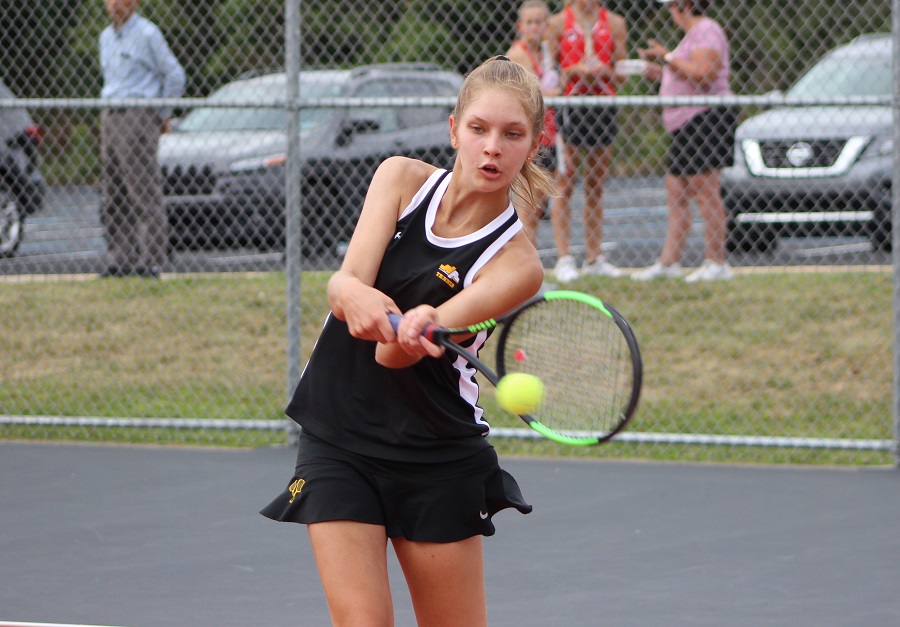 The North Allegheny girls’ tennis team won its eighth in a row on Tuesday afternoon with a home victory over Shady Side Academy in non-section play. The contest was a rematch from last year’s WPIAL championship. The Tigers defeated Shady Side a season ago by a 3-2 decision for their sixth straight WPIAL crown.

A pair of hard-fought wins in singles play helped the Tigers prevail. Ella Sinciline and Jenny Zhu each earned victories by scores of 6-4, 7-5. Sinciline topped Renee Long at No. 2 singles and Zhu defeated Nicole Poltinnikov at No. 3 singles.

The NA doubles teams were also impressive as Claire Shao and Emily Wincko grabbed a 6-4, 6-2 win over Avery Renkol and Maya Leyzarovich at No. 1 doubles. The No. 2 duo of Abbey Swirsding and Ashley Chung vanquished Elizabeth Curley and Jasminder Sarkoria by a 6-2, 6-2 decision.

With the win, North Allegheny leaps to 9-2 overall on the season. Members of the NA team will take part in the section singles tournament on Wednesday at NASH.