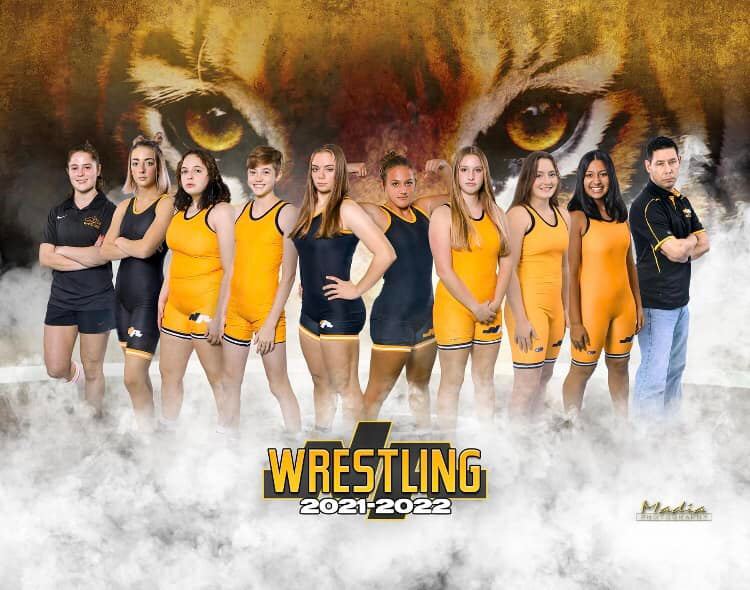 (3/2/22) The North Allegheny girls’ wrestling team participated in its final dual meet of the 2021-2022 season with a home matchup with Canon-McMillan. It was also Senior Night as NA senior Taylor Stover was honored before the meet.

Canon-McMillan won the first seven bouts and 10 of 12 bouts on the night. However, North Allegheny did have several outstanding performances, including sophomore Leyna Rumpler who was dominant with a win by fall over Dynasty Willams in 1:48. For her efforts, Rumpler was named the Wright Automotive Wrestler of the Match by the North Allegheny Sports Network.

Along with Rumpler, freshman Maya Scott also picked up a victory for the Tigers. Scott earned an 8-0 major decision over Evangelina Gray.

The tough tune-up against Canon-McMillan will serve as a great prepper for North Allegheny ahead of the Pennsylvania State Championship on Sunday, March 13.