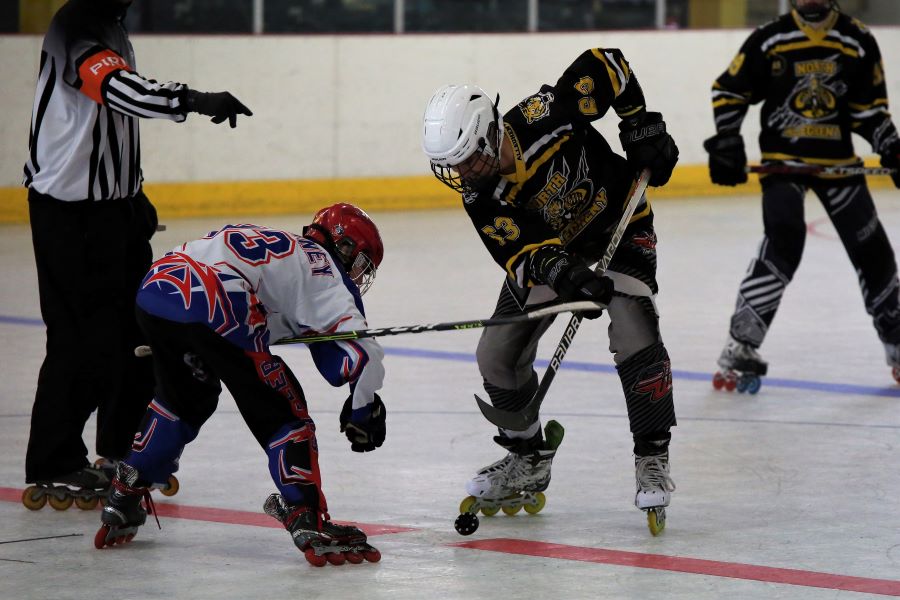 The North Allegheny inline team continued its undefeated season with an impressive 8-0 win over the Shaler Titans on Sunday.

It was a balanced offensive attack that saw scoring from six different Tigers.  Senior Evan Barnhart, senior Brett Baker, junior Aidan Anthony, junior Jacob Rice, and senior Evan Mark each had a goal in the first period, ending the frame at 5-0.

The second period saw more of the same with Rice notching his second goal on the day, and the final two goals coming from senior Kyle Tomino.  With the Tiger defense standing strong, the Titans remained scoreless and the mercy rule applied, ending the contest following the second period.

Junior Mitchell Ludwick once again earns the shutout win as the Tigers record improves to 8 – 0 on the season.

The Tigers resume play next Sunday against Upper St. Clair at 2:00 p.m. at the RMU Island Sports Center.