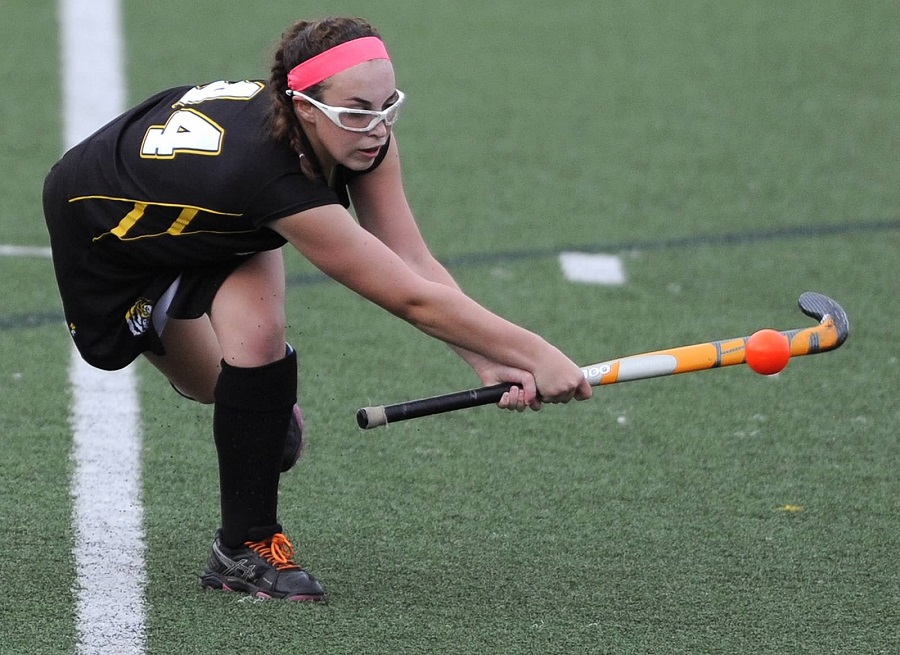 North Allegheny’s field hockey team traveled to Central PA on Saturday to participate in a four-team tournament at Hershey High School.  The Lady Tigers first faced off against Hershey, the hometown host, in a scramble to control the midfield.  Hershey’s Titans unveiled a mix of strong passing skills and aggressive play, testing the Tigers in their toughest match yet this season, and dealing the Tigers their first loss by a score of 5-0.  The match looked fairly even at the onset, but once Hershey began pressing toward NA’s goal, they were able to force infractions in circle, wearing down the NA defense, and capitalizing on three penalty corners.  Tiger goalies, junior Isley Smith and senior Morgan Mendenhall combined for seven saves in the game.  Credit must be given to a strong Hershey team that dominated the one-on-one battles.  Hershey maintained an insurmountable fortress of players that sufficiently blocked NA’s numerous attempts to move the ball within striking distance, and the match ended before NA could mount any serious scoring threat.