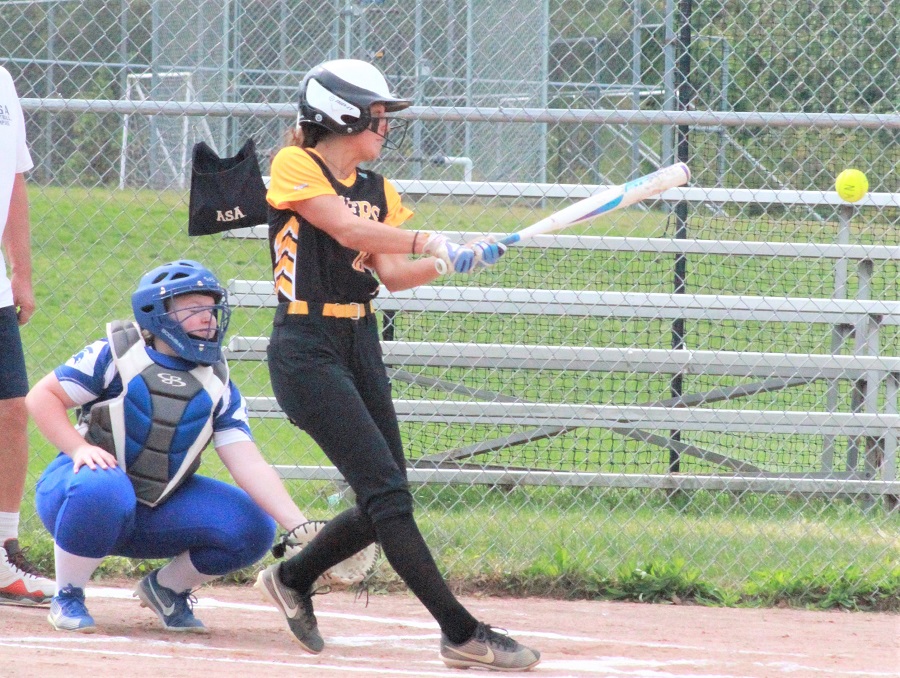 NA brought their bats out early and often in game one which ended in a 21-4 Tiger victory. Evelyn Wiethorn cleared the deck with a cannonball shot out of the park early in the first inning.  The rest of the game would be a showcase of a consistent offense.  Heavy hitters include juniors Helen Katyal and Riley Yates, seniors Wiethorn, Megan Quinlan, Audrey Laswell, Sydney Besket and Hannah Bennett and sophomore, Reilly Spitz.  A strong defense for game one was led by pitcher, Emily Yanchak, who in addition to consistently hitting her strike zone also demonstrated quick reflexes which shut down multiple line drives and Quinlan who flawlessly executed a double play in the third inning.