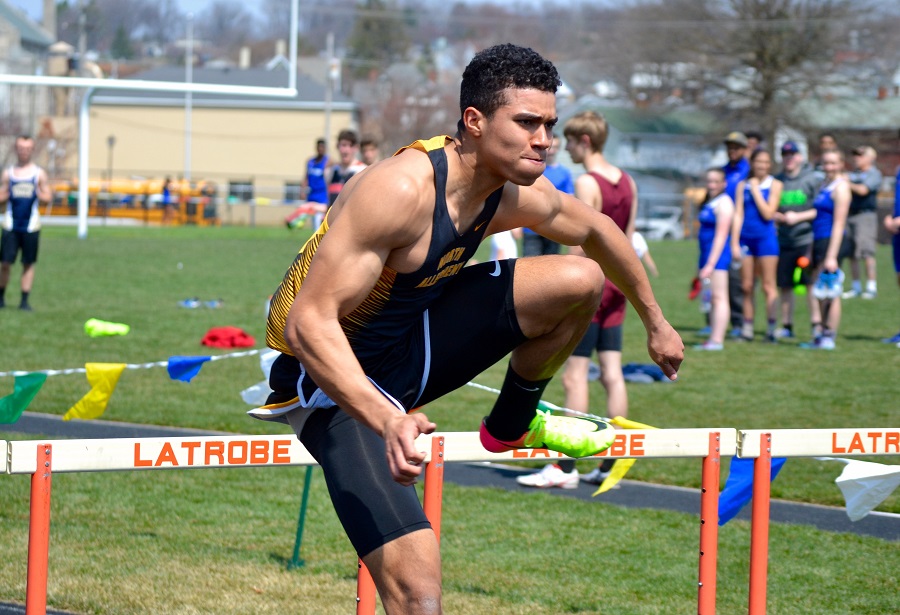 The North Allegheny boys’ and girls’ track teams came away as champions at the Lady Spartan/Wildcat Invitational on Friday.

North Allegheny senior Ayden Owens broke the meet and stadium record at the invitational in the 110 hurdles. His time of 14.02, into the wind, broke Montae Nicholson’s mark of 14.24. Owens was named the meet’s overall MVP.

Fabulous weather led to fabulous performances, especially as 13 girls and 16 boys medaled in the meet.  Leading the charge for the girls’ team was sophomore Casey Burton who placed second in both the Long Jump and 200m Dash, and won the 100m Dash.  Casey was named MVP of the meet.

On the track Emily Naughton raced her way to a third place performance in the 400m Dash and a fourth place finish in the 200m Dash.  Freshman Aveline Plenter-Krelling finished fifth in High Hurdle race with her best performance of the season, and Alayjah Austin medaled eighth in the 100m Dash.  The distance crew snagged several medals with Clara Savchik earning gold in both the 1600m and 3200m Runs.  Click here for an interview with Savchik following the meet by PA Mile Split.

Caroline Dagget finished eighth in the 800m and third in the 1600m Run, followed by Keeley Misutka earning fourth place.  Jenna Mlecko and Hannah Lindgren finished fourth and fifth in the 3200m Runs, respectively.  In the field events, Megan Stewart jumped her way to the podium earning a fifth place medal in the Long Jump.  Jenna McConnell earned a seventh place medal in the Triple Jump.  Vittoria LaRosa vaulted to a third place finish while Yulia Yatsenko earned an eighth place medal in the Pole Vault.

The Boy’s team was equally as impressive.  Senior Liam Nobbs earned medals in three field events winning the Pole Vault and capturing fifth in the Javelin and eighth in the Triple Jump.  Joe Fritsch finished sixth in the Javelin and Josh Sanders placed fourth in the Triple Jump.  Richie Pajack High Jumped for a sixth place medal and thrower Connor Ditka earned medals in the Shot Put (fifth) and Discus (eighth).  On the track the sprinters of Willie Rogers and John Vandzel scorched the track with their third and fourth place performances, respectively.  Joey Porter (third) and Gunnar Fisher (fifth) dashed their way to the medal podium in the 200m Dash.  Zach Ehling raced his way to a third place performance in the 400m Dash.  Luke Turkovich finished with a sixth place medal in the 800m Run.  Dan McGoey won the 3200m Run.  Hurdler Noah Plenter claimed an eighth place finish in the 110m High Hurdle race.

Owens left his mark in the history books  for this invitational.  Not only did he leave with three winning performances in the Long Jump, 110m High Hurdles, 300m Intermediate Hurdles he set course records in both hurdle events, matched his school record in the Long Jump and was named MVP of the meet. Click here for an interview with Owens following the meet by PA Mile Split.

The Tigers will host Pine Richland and North Hills in a sectional showdown on Wednesday.