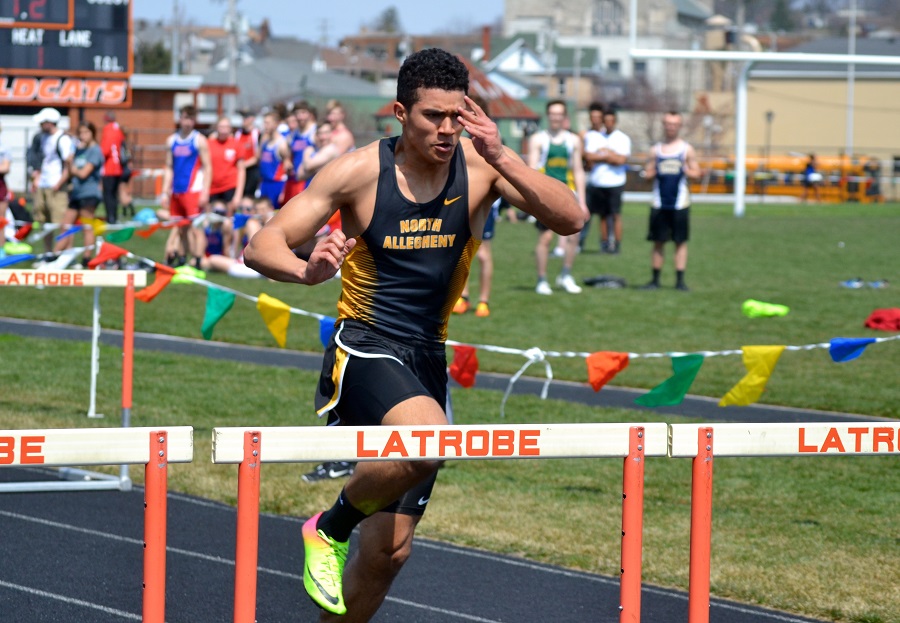 Some fantastic performances came from the NA Tigers at the 45th Baldwin Invitational.  The Boy’s team came home with a runner- up trophy led by Ayden Owens setting a new meet record in the 300m Hurdles with a time of 37.33 seconds.  In the same race Donovan Rice raced for a 3rdplace finish. Owens also won the 110m High Hurdle race and placed 3rd in the Long Jump.
In the 800m finals Zach Ehling ran a stellar race winning the event with his season’s best performance and Luke Turkovich finished 7th.  Dan McGoey captured a second place medal in the 3200m Run.  Turner White made it to the finals in the 100m Dash and finished 8th overall.  Jono Pelusi earned a 2nd place medal in the Pole Vault.  On the girl’s side, Clara Savchik raced to an 8th place finish in the Mile Run.  Casey Burton won two events at the meet, the 100m Dash and the Long Jump.
Meanwhile, at the Pine Richland Invitational Jenna Mlecko finished 3rd in the 3200m Run and freshman Alaina Anton also placed 3rd in the Long Jump.
The Tigers compete on Monday for the WPIAL Team Championship, which will be held at Baldwin High School.