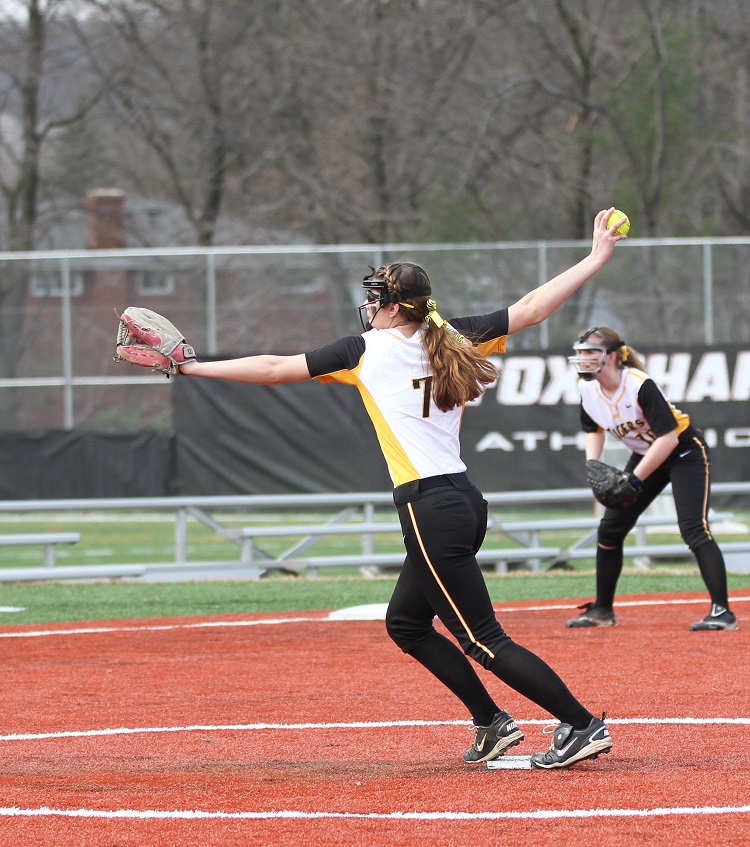 The North Allegheny Varsity Softball Team continued their USA tour by traveling to Fox Chapel on Monday afternoon to take on the Foxes and returned home with a five-inning, 10-0 victory over the Foxes as sophomore pitcher Madi Beining held Fox Chapel hitless while striking out seven, walking two, and seeing two Foxes reach base on errors.

North Allegheny struck quickly in the top of the first by sending ten batters to the plate and tallying five first-inning runs.  NA added one run in the second, and two each in innings number four and five to earn the early dismissal from the Foxes’ den. Five Tigers netted extra-base hits, with doubles from junior center fielder Laura Cotter, sophomore catcher Liz Scherer (2), senior shortstop Christine Scherer, senior third baseman Mary Funderlich, and senior designated player / catcher Casey Ginocchi. Cotter also added a triple to the NA extra-base totals. Funderlich had a 4 for 4 day at the plate, while Liz Scherer was 3 for 4.

With the victory, the Tigers raised their overall mark to 5-1, with a 2-1 record in Section 3-AAAA.  The next scheduled opponent for North Allegheny is the Shaler Area Titans, who are slated to appear at NASH Field on Thursday evening at 7:00 PM.