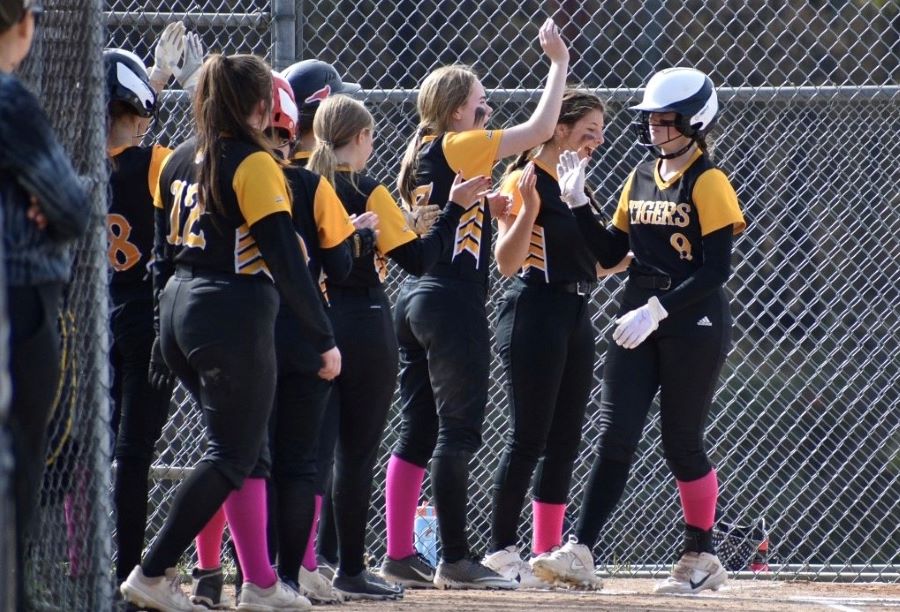 The North Allegheny slow-pitch team earned a pair of doubleheader sweeps over the weekend, taking two from Bethel Park on Saturday and doing the same on Sunday against Penn-Trafford.

On Saturday, the Tigers shut out Bethel Park at home with scores of 15-3 and 5-2. Junior Keala Glaser led the Tigers offense in game one with four RBIs. Sophomore Riley Krieger and senior Archie Treater each had three RBIs. The Tiger defense was solid in game one with junior Reilly Spitz making a double play look effortless for game’s standout defensive play.

Game two was a well-pitched contest with each team putting up strong defense. North Allegheny pulled ahead in the third-inning thanks to senior Helen Katyal’s three-run homer. Krieger claimed the game-ending out with a spectacular diving catch.

On Sunday, North Allegheny traveled to Penn Trafford to wrap up regular season play against the shorthanded Penn Trafford Warriors. The Tiger offense showed no mercy to the understaffed Warriors with final scores of 30-4 and 19-1. Spitz, Katyal and Glaser all hit no doubt home runs in game one, each bringing in multiple runs, including a grand slam by Glaser. Katyal also shined on defense with an epic double play running catch and capped on a strong throw to third.

Game two was deja vu for Spitz when she hit another majestic home run and had four RBIs. Senior Nina Pietrzak and Glaser each had three RBIs.

North Allegheny concludes the regular season with an 11-3 record. This weekend, the Tigers look to build on their momentum in the WPISL playoffs at Mt. Lebanon.