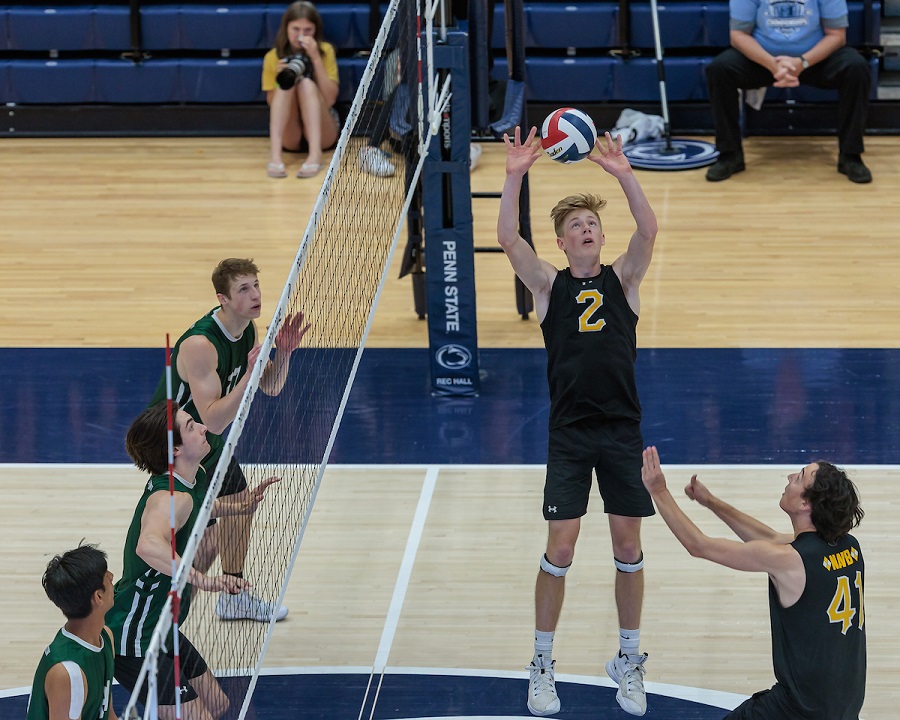 North Allegheny senior Caleb Schall was named the 2022 Pittsburgh Post-Gazette Boys Volleyball Player of the Year on Wednesday. The setter/outside hitter helped the Tigers to an 18-1 overall record and a fourth straight PIAA and WPIAL championship.

Schall was tabbed Co-WPIAL Most Valuable Player for a second straight season and led the team with 866 assists. He added 176 digs and 167 kills during the 2022 campaign.

The selection of Schall as the Post-Gazette Player of the Year makes it a clean sweep for NA volleyballers during the 2021-2022 school year. In the fall, North Allegheny’s Mia Tuman was chosen as the PG’s Girls Volleyball Player of the Year as well.

For more on Schall’s honor from the Pittsburgh Post-Gazette, click here.