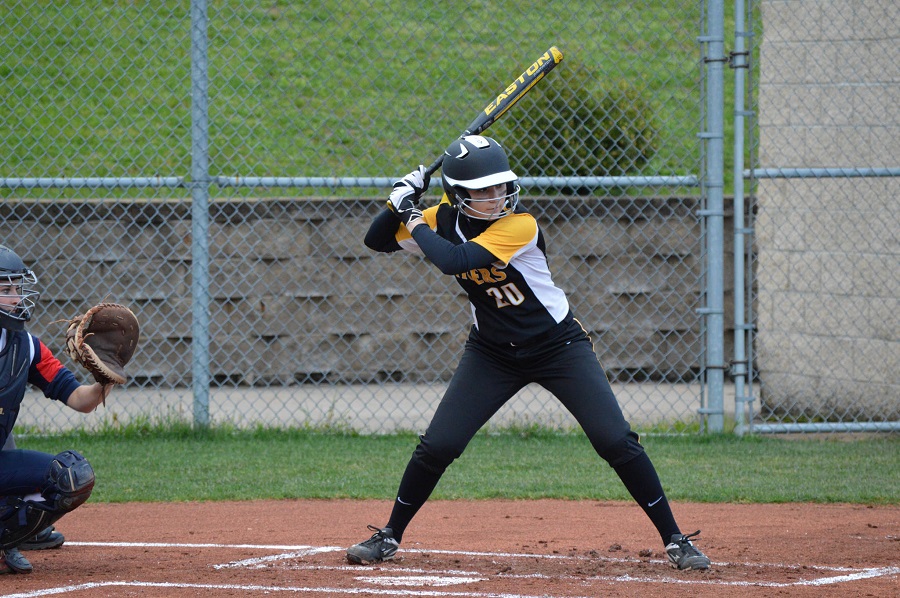 Chomos’ Titanic HR Lights Up Scoreboard In Win Over Shaler

In a clash between two Quad-A heavyweights, North Allegheny dealt the top-ranked Shaler Titans their first loss of the season with a 1-0 victory on Wednesday night. The win atones for NA’s only loss of the year, a 2-1 defeat at Shaler on April 12.

The game played out as advertised as a tightly-played and low-scoring contest. Senior pitcher Madi Beining matched Bri Dobson pitch for pitch and outdueled her Shaler counterpart with a complete game five-hit shutout. Only once did Shaler have a runner in scoring position when Lindsey Lakatos reached second base but was also left stranded in the fifth inning.

Through five innings, NA’s only two hits belonged to Liz Scherer who belted a double in the first inning and roped a single to right-centerfield in the fourth inning. Dobson yielded nothing against the rest of the Tigers lineup until the bottom of the sixth inning. With one out in the sixth, freshman Kristen Chomos smashed a 3-2 pitch over the leftfield fence to give North Allegheny a 1-0 lead. (Click here to listen to a highlight clip of Chomos’ go-ahead homer). For delivering the game winning run, Chomos was named the Wright Automotive Player of the Game. 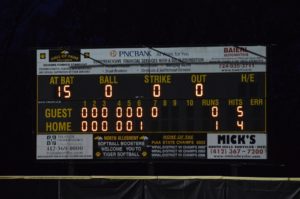 Thanks to the pitching of Beining and the defense of Allie Green at third base, the Chomos home run stood up and the Tigers claimed an important 1-0 triumph to climb into a first-place tie with Shaler atop the Section 3-AAAA standings. North Allegheny can lock up at least a share of the section title with a win next week at North Hills.