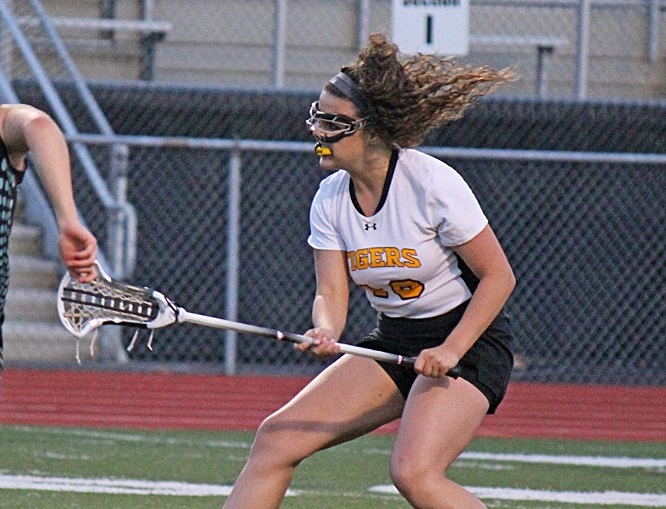 Fox Chapel jumped out to a 2-0 lead on goals by senior Hannah D’Cunha and freshman Megan McCrady within the first five minutes of the first half. However, North Allegheny answered back with seven straight goals to gain a 7-2 edge and held a 7-3 lead at intermission.

In similar fashion, the Foxes struck for the first two goals of the second half, but NA responded by scoring six of the next seven goals to put the game out of reach.  Amongst the many goal scorers for the Lady Tigers, junior Isabella Cottone put together a remarkable five goal performance.  Cottone was named the Wright Automotive Player of the Game.

Along with Cottone, juniors Yvonne Chick and Erin Keelan scored three goals apiece. Sophomore goalie Jana Garrow got the start in net and earned the victory for the Lady Tigers.  Freshman goalie Katie Shideler saw action in the late stages of the contest.