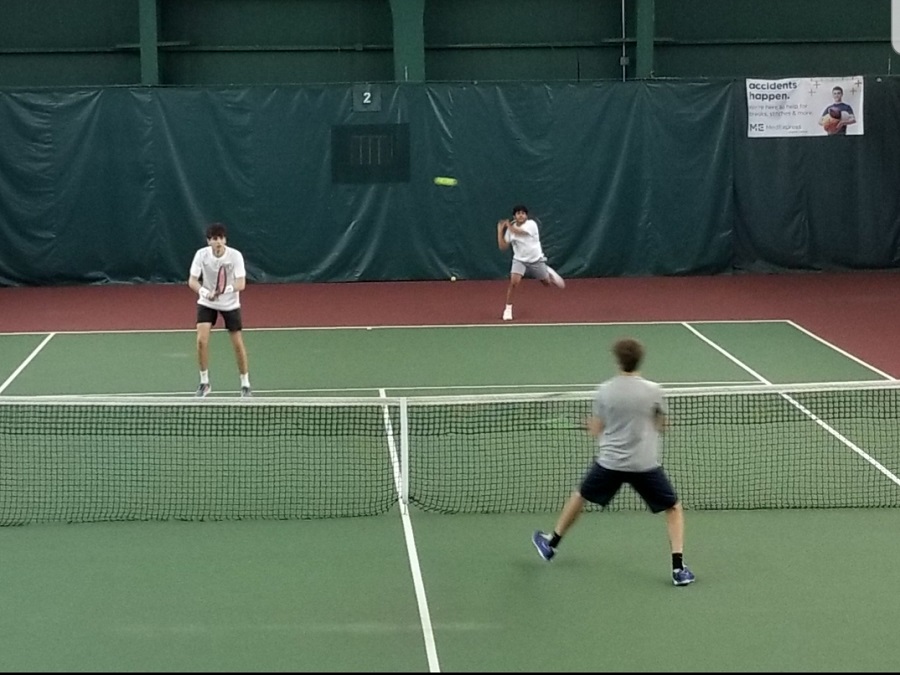 Senior Chase Davidson and junior Shomik Telang represented the Tigers and the  WPIAL (District 7) at the PIAA Doubles Championship in Hershey, PA on Friday.  In the first round they took on District 2 champions Sam Weis and Sam Christman of Abington Heights and won in straight sets, 6-0, 6-2.  Next up was the tournament ‘s number one seed, Lower Merion, manned by Justin Yi and Brian Yi.  The Tigers tangled well with the Aces in the first set with several big service breaks and well placed cross- court shots to take an early lead.  Yi and Yi responded with their own breaks and took the tight set 6-4.  They went on to take the second set (6-1) and the match to advance to the semi-finals.

Congratulations to Davidson and Telang on a superb doubles campaign.  They captured the Section 2 Championship, finished as WPIAL runners-up, and became State qualifiers.  This signals the end of the 2021 season for the entire Boy’s Tennis Team.