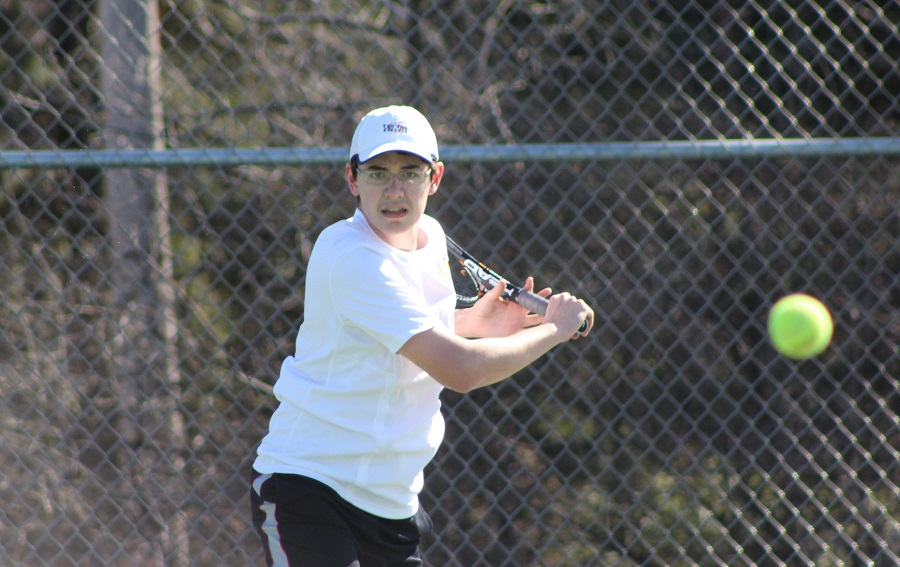 Advancing to the semi-final round, Hofmann and Voinov played the talented Hampton duo of Ted Donegan and Ben Ringeisen, the fourth seeds. Hampton dominated the first set 6-2.  Playing sharply, the Tigers had their opportunities in the second but could not fashion enough breaks to turn the tide, falling 6-4.  With their advancement to the semi-final round, Hofmann and Voinov received an automatic berth in the WPIAL Doubles Tournament to be played later in the week.  Hampton’s Ringeisen and Donegan will play Pine-Richland’s Vinarski and Iyer in the Section Two championship match Tuesday afternoon.  The Tigers’ Hofmann and Voinov will compete against Moon’s D’Angelo and Magnelli for the third place slot.  Starting time for both matches Tuesday afternoon will be 2:15 PM on the NASH courts.