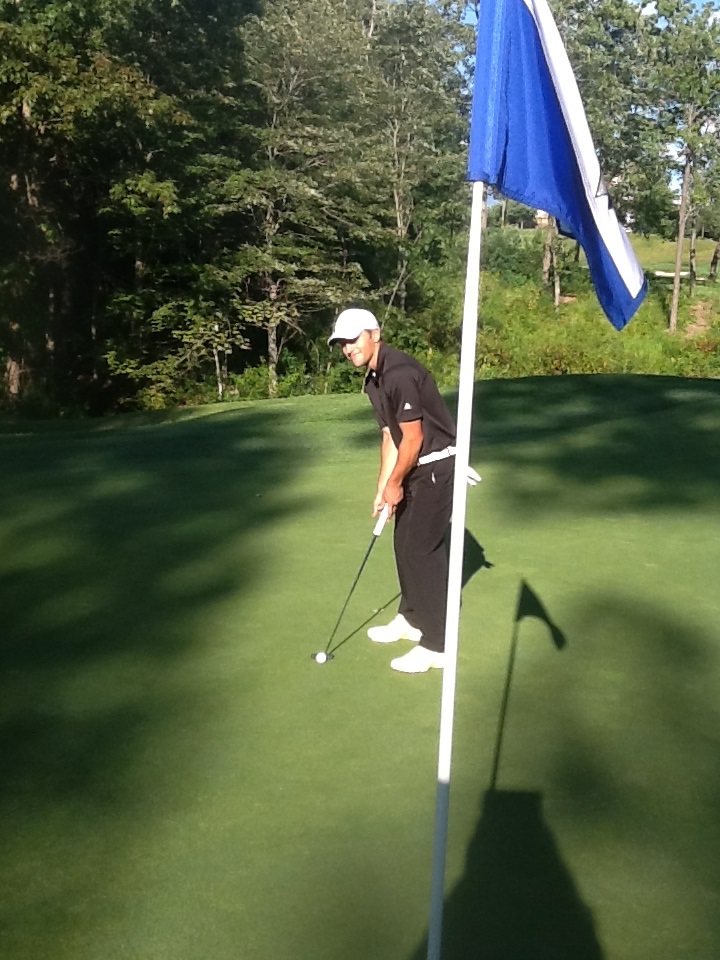 North Allegheny senior Josh Huhn shot a 79 to advance to Latrobe and the WPIAL Individual Finals next week.  Huhn, Moon’s Noah Firmstone, and West Allegheny’s Jake Gazella were in a three-way playoff for the final two spots, with Huhn and Firmstone winning the playoff to advance.  All three shot a 79 at Tuesday’s Individual Semifinal at Shadow Lakes.

Also representing the Tigers at the semifinals were David Mrazik, Martin Lazzaro and Noah Wessel.  Mrazik narrowly missed the cut with an 80, Lazzaro shot an 81 and Wessel finished with 87 strokes. For a look at the entire scorecard from Shadow Lakes, click here.

The WPIAL Individual Finals will be held on Thursday, October 2.