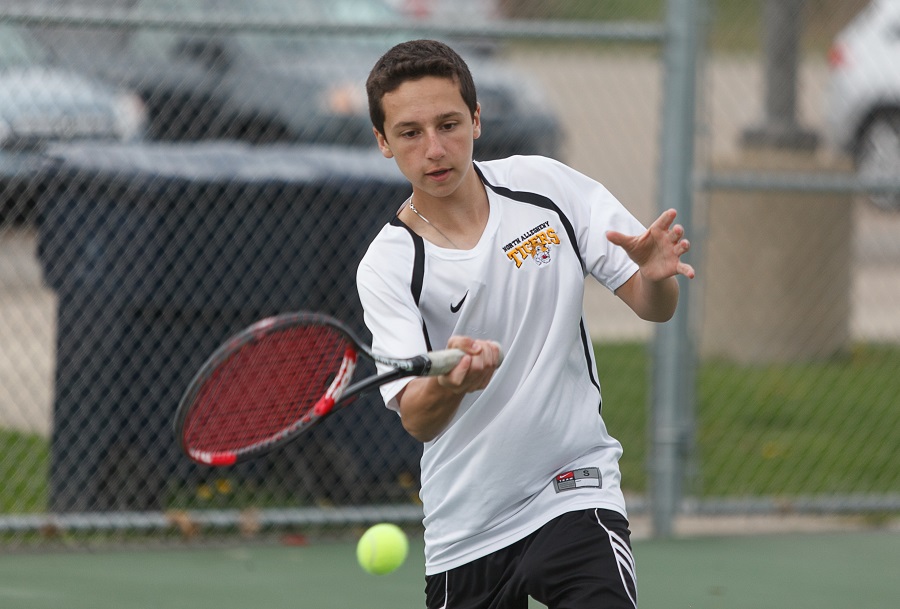 Two rounds of play were completed at the Lakevue Athletic complex Monday afternoon as the AAA Section 2 Singles Tournament commenced in search of the 2015 champion. Junior Jared Isaacs and freshman Richard Hofmann represented the Tigers out of the number one and seven seeds respectively.

Jared will move on to play Logan D’Angelo of Moon in the semifinals Tuesday afternoon, also at Lakevue starting at 1 PM.  The other semi will pit PR’s Vinarski against Mars’ Josh Raymundo.  Congratulations to Jared and Richard for their strong representation of the Tigers tennis program!