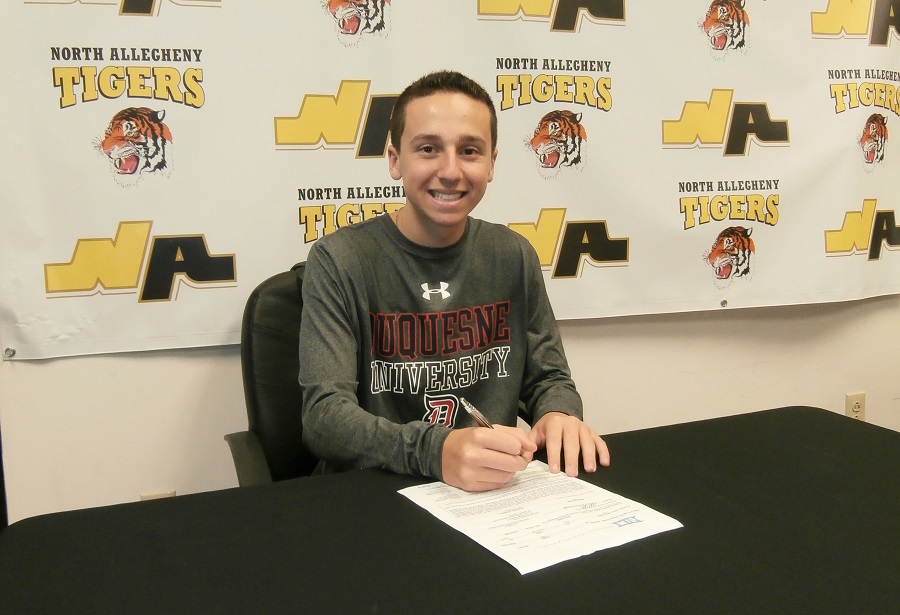 North Allegheny’s Jared Isaacs  has signed a National Letter of Intent to play tennis and continue his post-secondary studies at Duquesne University.  A defending two time PA doubles champion, Jared will also join his sister Kylie, an NA tennis player who is currently a starter for Duquesne’s women’s team.

A three-year starter on the boys’ team, Jared has played all three singles positions and both double positions with multiple partners throughout his NA career.  His versatility has helped him to lead the Tigers to WPIAL Championship matches along with playing for WPIAL titles as an individual.  Jared is the first NA player to win multiple PIAA championships, and his overall record in PIAA play is 9-0.

Jared plans on majoring in Business Administration at Duquesne.   He is the son of Chris and Lori Isaacs, of Franklin Park.