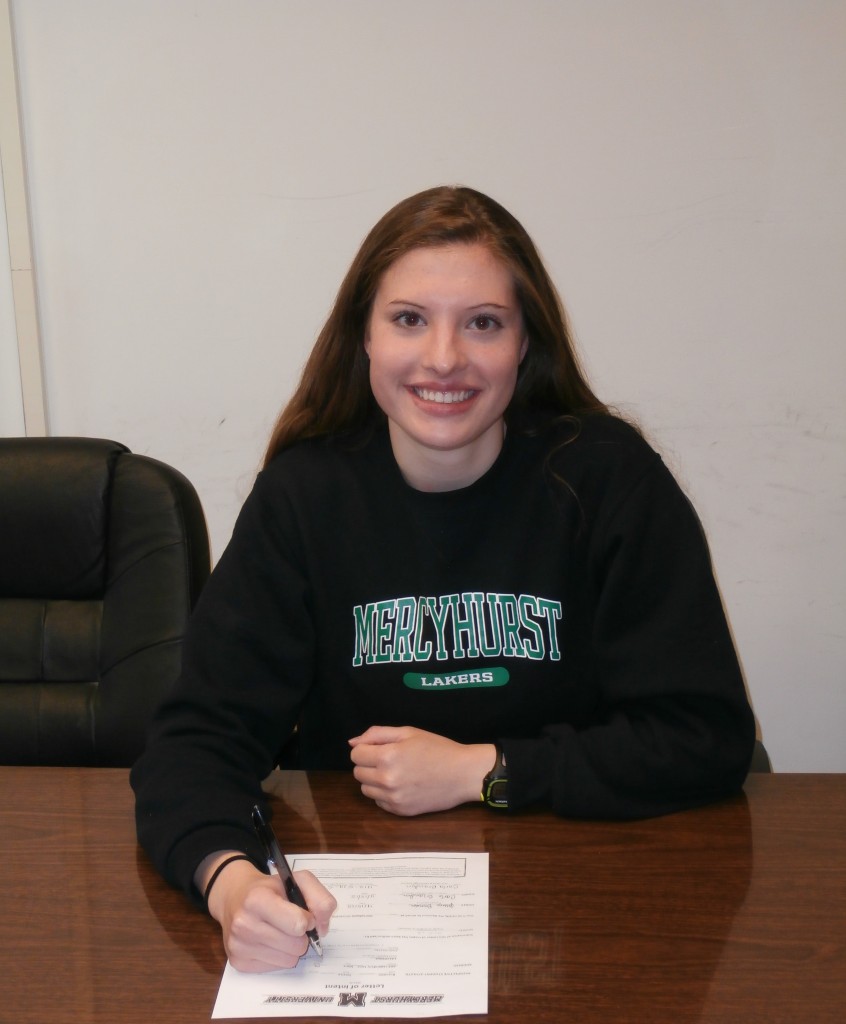 Senior Jessica Brandon committed to Mercyhurst University to play Division II field hockey by signing her Letter of Intent on April 15th. Brandon earned four varsity letters as a forward, and helped lead the NA team to two WPIAL Championships. She was named to both the WPIAL Section 1 All Star Team and the All WPIAL All Star Team for her outstanding efforts in 2014. Her team best 23 goals and 17 assists earned her the team’s offensive MVP award as well as a state ranking of 5th in assists and 9th in total points. Brandon is pursuing a degree in Exercise Science with a plan to enter the field of physical therapy.