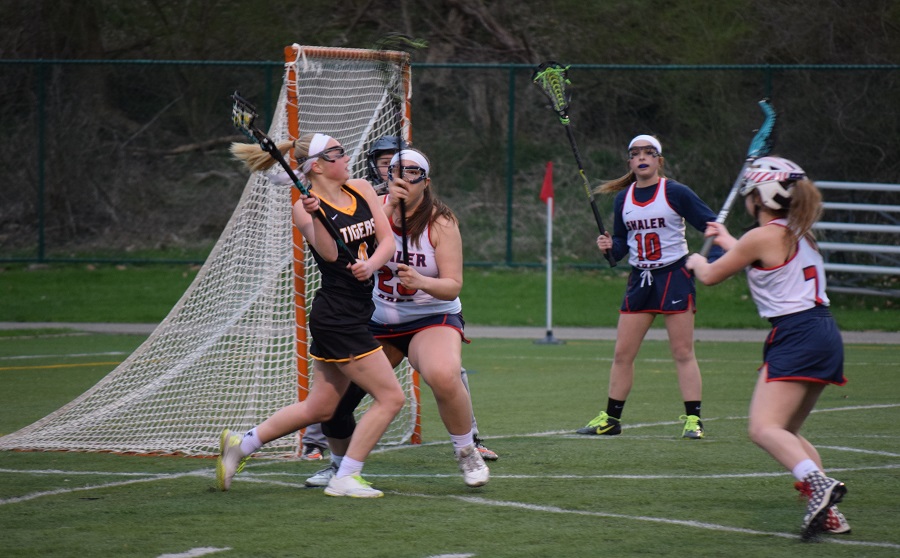 Freshman Katie Oates scored the game-tying goal with 45 seconds remaining and netted the game-winning goal in overtime to propel North Allegheny to a 13-12 victory over Canon-McMillan on Wednesday night at Newman Stadium. Oates tallied four goals, including the last three NA markers on the evening.

Junior Brooke Ferringer netted her 100th career goal in the contest and finished with a team-high five goals. Ferringer scored four of her goals in a seesaw first half that had North Allegheny in front, 7-6, at the half.

North Allegheny held an 11-9 lead over Canon-McMillan with 9:53 remaining in the game before the Big Macs staged a late-game comeback. Sophomore Camryn Whipple scored her fourth goal of the night to trim the NA lead to 11-10 with 2:45 to play. Then Big Macs senior Bella Crugnale scored back-to-back goals, the last of which put CM in front 12-11 with 1:09 left in regulation.

That set the stage for Oates’ heroics as she posted the equalizer with 45 seconds left to force overtime. Oates won it for the Tigers in the extra session to lift North Allegheny’s overall record to 5-6 on the season.

Along with Oates and Ferringer, other NA goal scorers included junior Lexi McClure who tallied two goals, and senior Katie Walzer and junior Val Davis who scored one goal each.

Canon-McMillan falls to 3-9 overall following the non-section loss. The Tigers hope to continue their momentum on Monday with a visit to Butler to take on the Golden Tornado.