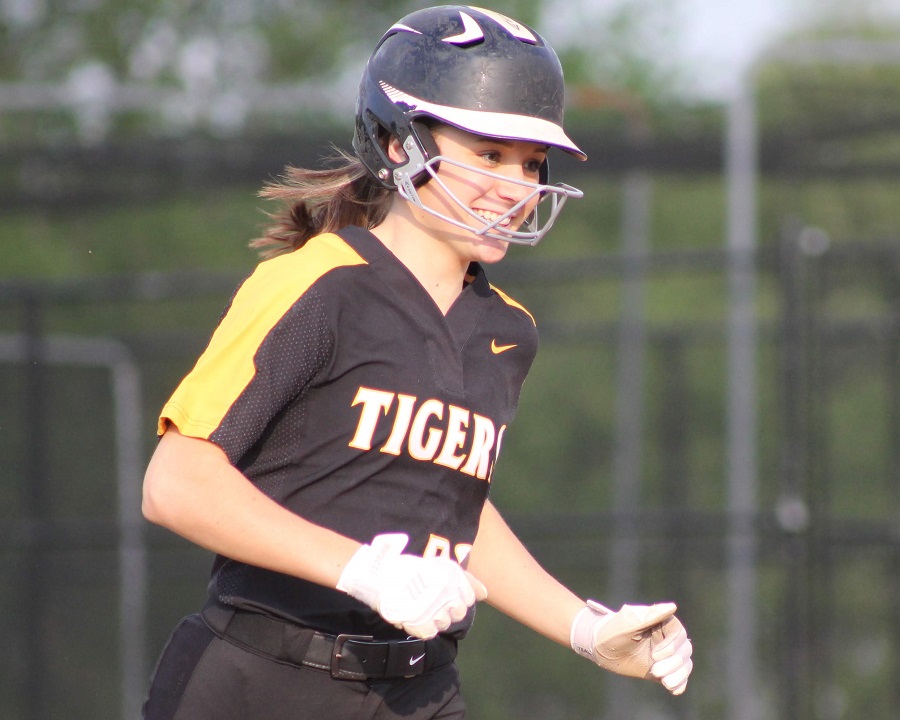 Senior Kristen Chomos crushed a three-homer in the bottom of the sixth inning to propel the North Allegheny Tigers to a 3-2 victory over the Upper St. Clair Panthers in the WPIAL quarterfinals on Wednesday at South Fayette High School.

Appearing in the playoffs for the 20th consecutive year, the top-seeded Tigers were taking on an upstart Upper St. Clair team that was making its first playoff appearance in 20 years.

Looking to make the most of their opportunity, the eighth-seeded Panthers broke a scoreless tie with a string of two-out baserunners in the fourth inning. Grace Swigart started the uprising with a two-out single, followed by a walk from Haley Beardsley. Bethany College commit Maddie Andrejcik delivered a base hit up the middle to score Swigart from second base for a 1-0 lead.

After back-to-back walks to start the top of the fifth inning, USC threatened to expand upon its lead. With starting pitcher Ashley Adams beginning to scuffle, the Tigers turned to reliever Audra Sapp who retired the next three batters to thwart the Panthers in the fifth.

However, Upper St. Clair did tack on an insurance run in the top of the sixth inning thanks to another RBI single by Andrejcik for a 2-0 lead.

Through five innings, USC starter Danielle Orendi had allowed only two hits to the Tigers and three base runners total. After inducing a flyout of Rachel Martindale to start the sixth inning, Orendi ran into trouble. Freshman Alaina Whipkey started the NA rally with a double to left-centerfield. Sapp followed with a liner to left-center that was dropped by USC’s outfielder Kelly Dawson, putting runners at the corners with one out. Chomos stepped in next and clubbed a 1-0 pitch for a three-run homer, her third of the season, to leapfrog the Tigers ahead, 3-2. For her game-winning homer, Chomos was named the Wright Automotive Player of the Game.

In the top of the seventh, Sapp retired the Panthers in order to close out the ballgame and improve to 2-1 on the season.

With the thrilling comeback win, North Allegheny jumps to 14-6 on the season and advances to the WPIAL semifinals to face the Norwin Knights next Wednesday at a site and time to be determined. Upper St. Clair ends the year with a 13-7 record.