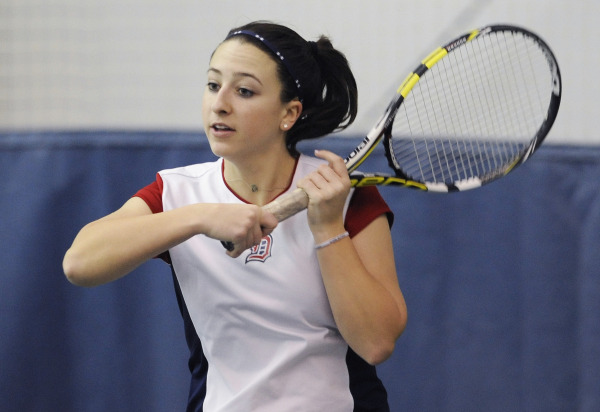 Kylie Isaacs Named A-10 Co-Rookie of the Week

The Atlantic 10 Conference has announced that Duquesne freshman, and former North Allegheny Tiger, Kylie Isaacs has been named Co-Rookie of the Week.

While at North Allegheny, Isaacs was a standout member of both the girls’ and boys’ tennis teams.  Isaacs played her senior season as a member of the boys’ tennis squad and qualified for the WPIAL singles tournament.