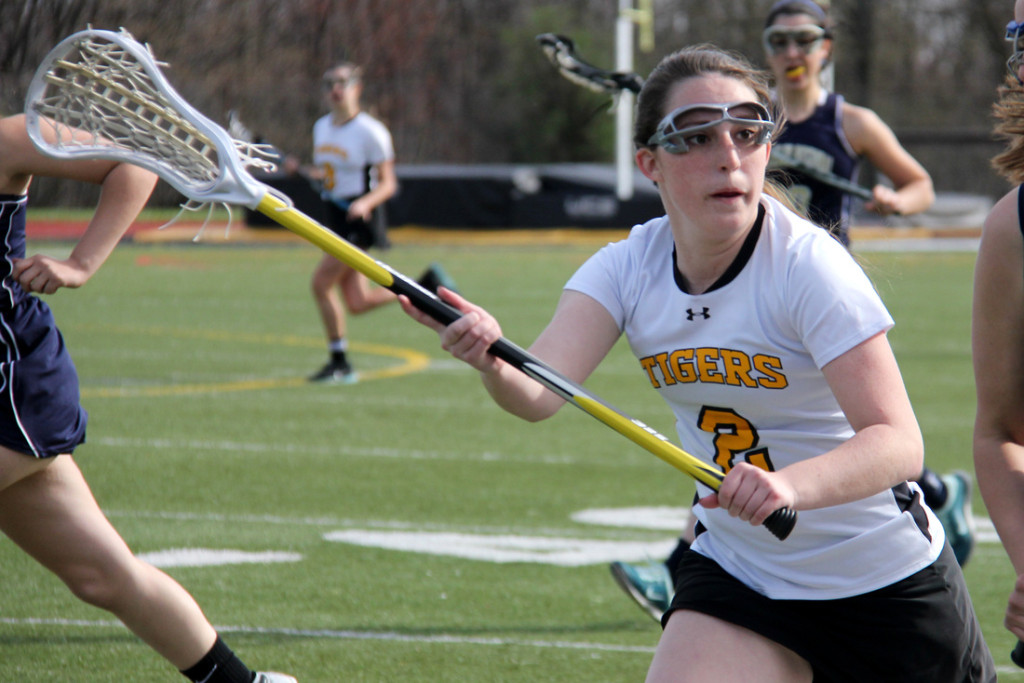 For North Allegheny, Courtney Heinl and Marissa Lambert netted goals.  Heinl’s goal in the first half was set up on an outstanding hustle play by Maddie Birmingham who collected a ground ball deep in the Tigers end and raced to the opposite end of the field before she was fouled by the Panthers.  On a free position run, Birmingham passed the ball to an open Heinl who finished off the play for a goal with 7:17 to play in the first half.  For her efforts, Birmingham was named the Wright Automotive Player of the Game.

With the loss, North Allegheny’s overall record falls to 0-4.  The team’s section mark drops to 0-3.  Franklin Regional improves to 2-2 overall and 1-1 in Division 1, Section 2. The Lady Tigers return to action on Tuesday, April 7 with a home section game against Quaker Valley.  Start time is scheduled for 8:15 pm.