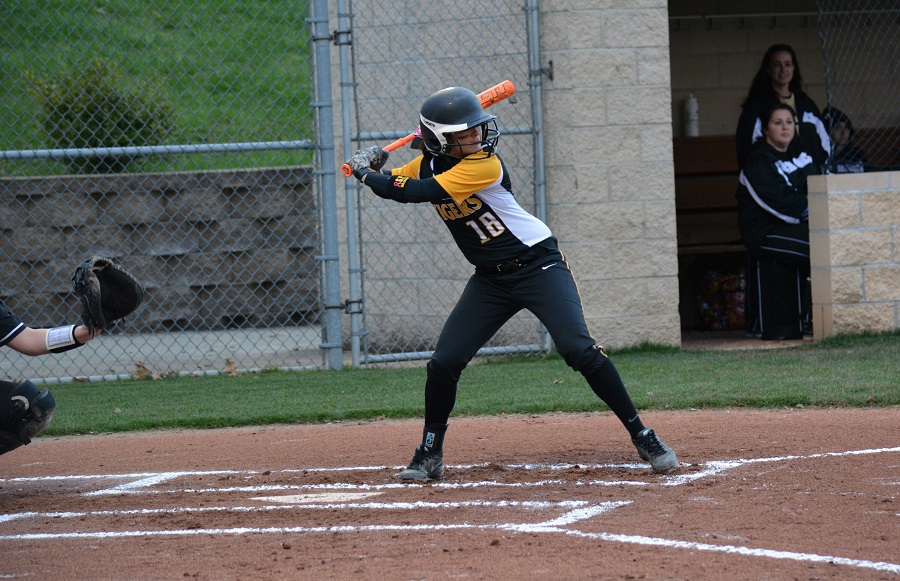 North Allegheny extended two lengthy winning streaks on Tuesday night with a 6-2 triumph over the Butler Golden Tornado.  The Tigers won their 17th straight game in head-to-head competition with Butler and collected their 14th win in a row overall.

Butler opened the game with two straight hits from Hannah Hays and Noel Pfabe but NA starter Madi Beining yielded no more and escaped the inning unscathed.  Beining surrendered only three more hits the rest of the game and collected a complete game victory.

In the bottom of the first inning, Laura Cotter opened with a lead-off double and scored two batters later on an RBI double by senior Emily Hogan and the Tigers led, 1-0. North Allegheny stretched the lead to 2-0 in the second inning when Logann Woodley doubled with two outs and advanced to third on a wild pitch. Moments later, Anna Sardon singled home Woodley to give the Tigers a two-run lead.

The score stayed 2-0, Tigers, until NA busted things open with a four-run sixth inning.  Sardon singled home Lacey Hilderbrand and Cotter plated Maddy DeRubbo with a sacrifice fly to increase the score to 4-0, Tigers.  Following a lineout by Mackenzie Gostomski for the inning’s second out, Hogan smacked her second RBI double of the game and Liz Scherer followed with an RBI single to make the score 6-0, North Allegheny.

The Golden Tornado broke up the shutout with a two-run homer by Rachel Rebmann in the top of the seventh but by then it was too little, too late.  The Tigers finished off Butler for a 6-2 victory.

Cotter, Scherer, Sardon, Hogan and Woodley all finished with two hits on a steady day for the NA lineup. Hogan was 2 for 4 with two doubles and two RBI and was named the Wright Automotive Player of the Game.

With the win, North Allegheny improves to 14-0 overall and 11-0 in Section 3-AAAA.  Butler falls to 6-8 overall and 5-7 in section action.  The Tigers continue section play tonight and will host Pine-Richland at 7:00.