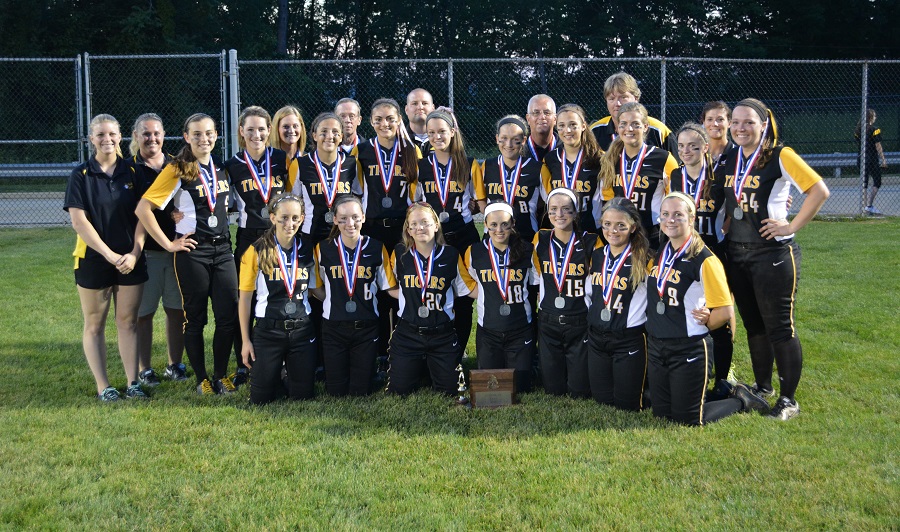 Hempfield starting pitcher Morgan Ryan stymied the Tiger offense, allowing only a single hit to lead the Spartans to a 3-0 victory Tuesday evening at California University’s Lilly Field. It was the Spartans’ third WPIAL crown and first since 2009.

Taylor Blevins hit a one-out triple and scored two batters later when Madison Stoner smacked a two-out RBI double into the right centerfield gap. Stoner then came around to score when the Tigers committed a double error.

In the bottom of the fourth, Hempfield seemed poised to add on with runners on second and third and only one out. However, North Allegheny senior centerfielder Laura Cotter caught a shallow fly ball and gunned out the runner trying to score from third for an inning-ending double play.

For that effort in centerfield and for reaching base twice, Cotter earned the honor of Wright Automotive Player of the Game.

Unfortunately for the Tigers, Cotter’s defensive gem did not spark a comeback. North Allegheny managed just the lone hit over the final three innings, and Hempfield tacked on an insurance run in the fifth to seal the win.

Ryan went the distance to pick up the victory in the circle for the Spartans. The sophomore gave up just the one hit, one walk and one hit batsman, while striking out seven. She also knocked in her team’s insurance tally with an RBI groundout.

Junior pitcher Madi Beining suffered her first loss of the season for North Allegheny, surrendering three runs (two earned) on seven hits and one walk. Junior catcher Liz Scherer notched the Tigers only hit with an infield single in the sixth.

Both teams now move onto the PIAA state playoffs set to begin on Monday. Hempfield will take on Shaler at a site and time to be determined. The Tigers will travel north to take on the District 10 champion McDowell Trojans. Keep tabs on the North Allegheny Sports Network website for information on game time and location of Monday’s first-round matchup.