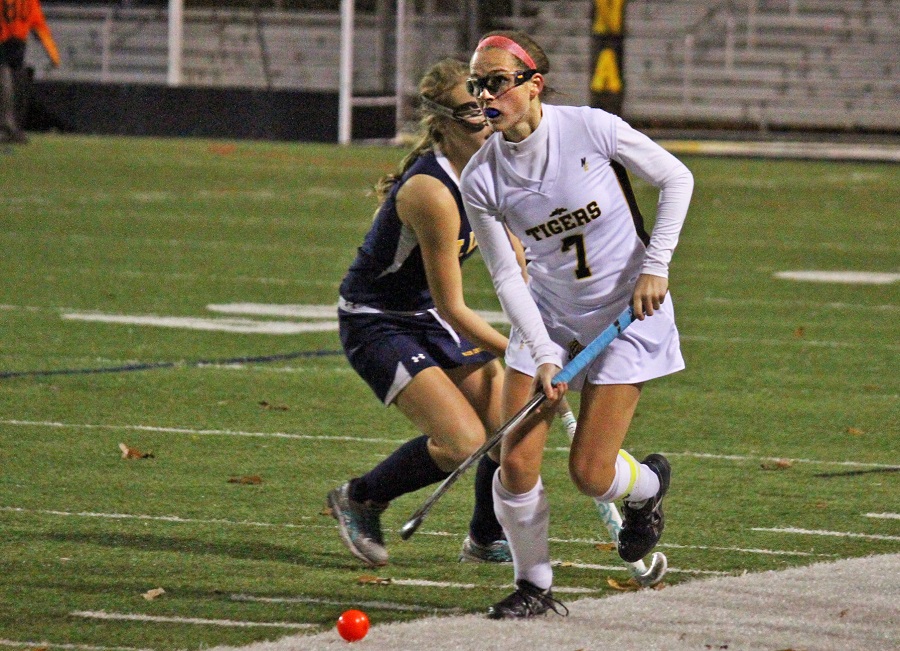 On a cool and breezy night from Newman Stadium, the play of the Lady Tigers was as crisp as the weather as the reigning WPIAL champions rolled through the Mt. Lebanon Blue Devils, 11-0, in the semifinal round of the Class AAA playoffs. North Allegheny was as sharp as ever and buried the Blue Devils with an avalanche of goals from start to finish.

Four Lady Tigers scored two goals or more in the game, including Kailey Vogl, Jessica Brandon and Erin Coran who all netted two goals apiece.  The game-high scorer was senior Hannah Downing who blistered two rocket-shot goals in the first half and finished the night with a hat trick and one assist.  For her efforts, Downing was named the Wright Automotive Player of the Game by the North Allegheny Sports Network.

North Allegheny improves to 16-3 overall with the win and vaults to the WPIAL Championship Game on Tuesday night against Section 1 rival Pine-Richland. Game time is set for 8:00 pm at Newman Stadium.  The title tilt will be broadcast live via the internet on the North Allegheny Sports Network.