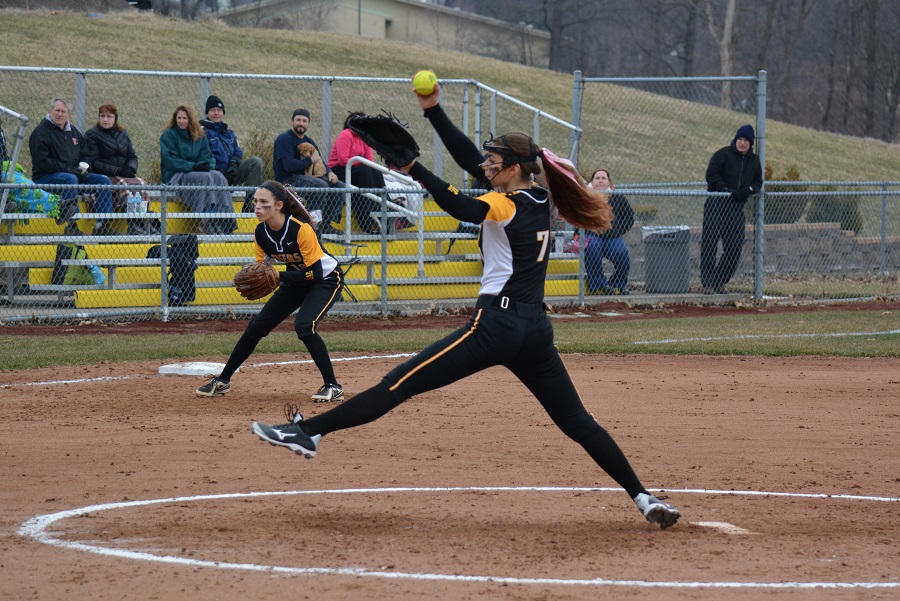 North Allegheny junior pitcher Madi Beining has been recognized as the Pro Grass “First in Turf” Softball Athlete of the Month by the MSA Sports Network. The junior hurler earned a pair of complete game victories in the month of March, including a two-hit, 14 strikeout performance against the Moon Tigers in the season opener.

The Gannon University recruit followed that up by helping NA beat Seneca Valley on the final day of the month in a thrilling 3-2 win. Beining scattered seven hits and left the potential game tying run stranded at third base in the seventh inning by dealing back-to-back strikeouts to close out the ballgame.

Congratulations to Madi Beining for being named the Pro Grass “First in Turf” Softball Athlete of the Month.