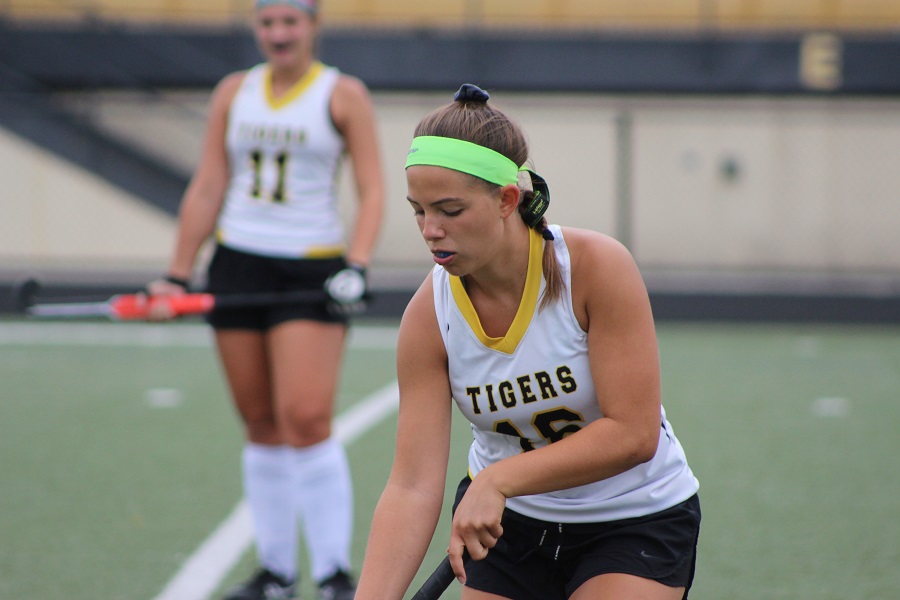 Playing in an overtime game for the second time this week, senior Maria Duchi netted the game-winning goal with just 59 seconds remaining to propel North Allegheny to a 1-0 non-section victory over Fox Chapel on Thursday night at Newman Stadium.

Despite a scoreless 60 minutes of regulation, both teams had their chances to score. In the first period, North Allegheny owned the possession and had an opportunity with 9:00 minutes on the clock but Fox Chapel goalie Mira Tramontina stopped Sofia Mianzo in the circle to keep the game tied.

Fox Chapel dictated the pace in the second quarter but was denied with 10:00 minutes to go in the half when sophomore goalie Jordan Ashbaugh made a great save on Lily Zaltman and the game remained scoreless.

The second half had a bit more ebb and flow with both teams having scoring opportunities. Zaltman charged into NA territory on a fast break with 8:00 minutes to play in the third quarter but was stonewalled by senior defenseman Sophia Caruso. With 4:00 minutes left in the third, Fox Chapel’s Alexandra Soloman created a scoring chance with a steal but missed wide right on her shot attempt.

In the fourth quarter, a shot from outside the circle by senior Ashley Loftis was deflected off a defenseman’s stick and into the Fox Chapel net for what appeared to be the game’s first goal with 12:00 left in regulation. However, the deflection occurred from outside the circle and no goal was properly ruled. Just minutes later, Lauren Kampi was awarded a penalty stroke but was turned away on a save by Tramontina.

While scoring was a struggle in regulation, the wide-open 7-on-7 play in overtime gave North Allegheny the upper hand. The Tigers team speed gave them the better of the play in the extra session and eventually that pressure paid off with Duchi’s game-winning goal with under a minute remaining.

With the non-section win, North Allegheny leaps to 6-3-1 overall, while Fox Chapel dips to 5-3. The Tigers return to Section 1-AAA action on Wednesday with a home game against Hempfield.