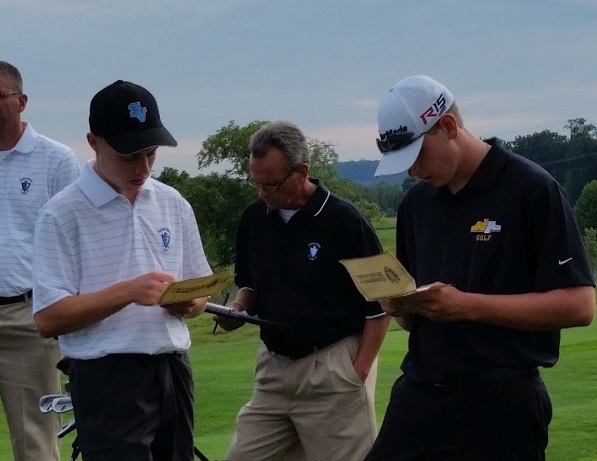 North Allegheny lost its second match of the season on Thursday afternoon with a 186-194 defeat to Pine-Richland at Diamond Run. The Rams were able to edge out the Tigers in the end thanks to the play of Austin Matz who shot a 35. Jack Kremer and Chris Cato contributed to the Rams win by eaching shooting a 36.

For North Allegheny, junior Kyle Dewey led the scorecard with a 35. Junior Ryan Dougherty added a 37, while Noah Wessel and Pat Narduzzi each followed with 40’s. Luke Minsky and Dillan Layman rounded out the day by each shooting a 42.

The loss moves North Allegheny’s overall record to 4-2 and 2-2 in section play. The Tigers will try to bounce back on Tuesday at Upper St. Clair.