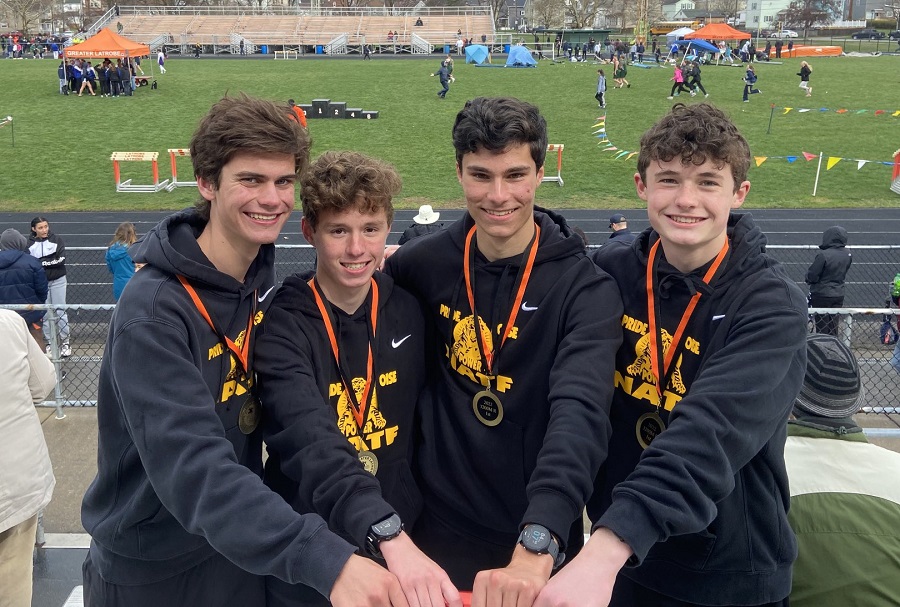 The North Allegheny track and field team participated at the annual Lady Spartan/Wildcat Invitational in Latrobe on Friday and came away with an impressive showing. The NA boys team took first place with a team score of 137, outdistancing second-place Hempfield by 76 points. The Lady Tigers took second-place with a team score of 111, just six points shy of first-place Norwin.

Silver medal performances were turned in by Burton in the 100m dash, freshman Zach Nash in the 400m dash, senior Scott Nalepa in the 1600m run, junior Rohan Gupta in the Triple Jump and junior Ryan Handron in the Pole Vault. Taking home bronze for the NA boys were junior Jackson Pajak in the 800m run, junior Gregory Kossuth in the 3200m run and Curran in the 110m Hurdles.

The Lady Tigers were paced by gold medal efforts from freshman Wren Kucler in the 1600m run, sophomore Eva Kynaston in the 3200m run and junior Rachael Johns in the High Jump.

For a complete look at results from the Lady Spartan/Wildcat Invitational, click here.

North Allegheny will return to section action on Tuesday, April 19 at Butler for a meet with the Golden Tornado and Shaler Titans.