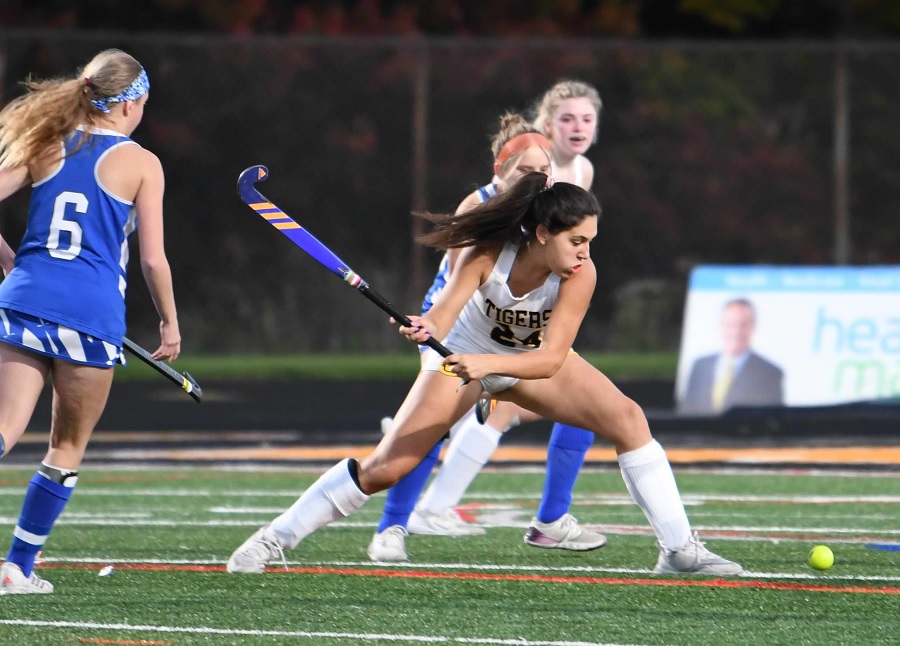 The Tigers and Mila Prusak started early against the Spartans, taking a 1-0 just 30 seconds into the game and North Allegheny went on to defeat Hempfield 11-0 for the second time this season.

Josie Schomburg with her eighth goal of the season on a penalty corner made it 2-0 and Lauren Kampi with her 10th goal of the year finished out the first quarter for the Tigers.

Prusak added her second goal of the night early in the second quarter and then the Tigers leading goal scorer Isla Abrams netted a pair as the Tigers added three more goals in the frame to lead 6-0 at halftime.

Prusak liked scoring the first goal of the quarter so much, she did it again in the third period, netting a hat trick to put North Allegheny up 7-0. Junior Sophie Grafton scored her sixth goal of the season before Abrams completed her hat trick and the Tigers led 9-0 after three. Abrams also added an assist on the night and now has 20 goals on the year.

Kampi added two scores in the fourth quarter for a hat trick and upped her season total to 12 goals.

The Tigers dominated possession in the game, out shooting Hempfield 35-0 and getting all 15 penalty corners on the night.

Wright Automotive Player of the Game honors went to Mila Prusak. The senior, who recently missed some action due to injury, now has 10 goals on the year and added an assist in the win.

North Allegheny (10-3-1, 6-2) came into the game tied for second place in 3A Section1 with Peters Township. The Tigers and the Indians split the season series with a win apiece and the aggregate goal total was also tied at two. Those are the first two tie breakers as the season winds down to its final few games.